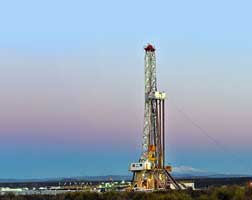 US firm ExxonMobil is proceeding with a long-term oil development in Argentina’s Bajo del Choique-La Invernada block. The project is expected to produce up to 55,000 oil-equivalent barrels per day within five years and will include 90 wells, a central production facility and export infrastructure connected to the Oldeval pipeline and refineries.

“We are encouraged by the excellent results of our Neuquén pilot project and look forward to increased production through this significant expansion,” said Staale Gjervik, senior vice president of unconventional at ExxonMobil. “The reforms implemented by the federal and provincial governments have been critically important to enabling the development of the Vaca Muerta basin as one of the country’s main energy resources.”

If the expansion is successful, ExxonMobil could invest in a second phase, which would produce up to 75,000 oil-equivalent barrels per day. Timing of the second phase depends on initial project performance and business and market conditions, among other factors.

“ExxonMobil has been an active player in the Neuquén basin since 2010 and in Argentina for more than 100 years,” said Daniel De Nigris, ExxonMobil’s lead country manager. “We will continue to work closely with government and our partners and will use our expertise and capabilities to bring jobs and other benefits to local communities.”

In 2015, the Neuquén provincial government granted ExxonMobil a 35-year concession in Vaca Muerta for the Bajo del Choique-La Invernada block. ExxonMobil began an exploration pilot program the following year and now has three producing wells, and three additional wells moving into production. A production facility, gas pipeline and oil terminal have been in operation since 2017 and were recently connected to the Pacific Gas pipeline by a 16-inch pipeline.

Bajo del Choique-La Invernada is a 99,000-acre block, located about 58 miles northwest of Añelo and 114 miles northwest of Neuquén city. ExxonMobil Exploration Argentina is operator and holds 90% interest in partnership with Gas y Petróleo del Neuquén, which holds 10 percent interest. ExxonMobil Exploration Argentina is leading its unconventional operations in the Neuquén basin under a joint venture agreement with Qatar Petroleum, which has 30% interest in ExxonMobil’s upstream affiliates in Argentina.