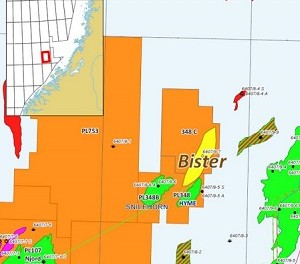 Faroe Petroleum, the UK-headquartered independent oil and gas company focusing principally on exploration, appraisal and production opportunities in Norway and the UK, announces that drilling has reached target depth on the Statoil operated Bister exploration well in the Norwegian Sea (Faroe 7.5%).

The Bister prospect is located in the Norwegian Sea in Licence PL 348/C, which is adjacent to the 2013 Snilehorn discovery (PL 348B) and nearby the producing Njord field and Hyme field (PL 348) (all Faroe 7.5%) and the results from the well will be used to calibrate the seismic interpretations in the licence, which still contains promising exploration targets. Statoil Petroleum AS is the operator of the PL348 licences and the Njord field.

Graham Stewart, Chief Executive of Faroe Petroleum says that while the results for the Bister exploration well are disappointing, it, nevertheless provided an opportunity to add further resources to an already resource rich licence, which includes the producing Hyme field and the significant 2013 Snilehorn discovery.

He said that it is the second well in Faroe’s 2015 exploration programme, following the successful completion of the recent Skirne East discovery. During the coming months, drilling will start on the first of two follow-up wells at the significant Pil discovery (Faroe 25%) on the Blink and Boomerang prospects