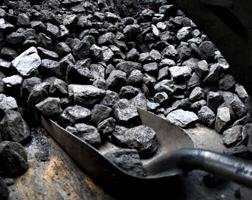 Yong Teck Lee, head of the Sabah Progressive Party (SAPP), said in recent news reports that the Sabah government was considering coal as an energy option was concerning.

He claimed that the proposition came after an intense debate over a proposal for a coal-fired power plant in the state in 2009, which ended with Sabah cancelling the project despite pressure from the then federal government.

According to Yong, current Sandakan MP Stephen Wong Tien Fatt was one of the activists at the forefront of the 2009 protests against the power plant proposal.

“The more viable, cheaper and cleaner option of using Sabah’s own natural gas for Sabah’s energy needs valiantly won the day,” Yong said in a statement.

Deputy Chief Minister Christina Liew recently said that Prime Minister Dr Mahathir Mohamad had raised the issue of coal mining during his recent visit to Sabah, saying the Borneo states had an abundance of coal which could cut down on the importing of the resource.

“However, it is still at the discussion stage,” she said. “Nothing has been implemented yet.”

Yong said coal mining in Sabah was an old issue which had already been put to rest.

“Back in the mid-1990s, including during my two-year term as chief minister (1996-1998), Sabah rejected any idea of coal mining at Maliau Basin which is known to have huge deposits of high quality coal.

“Opening up Maliau Basin for coal mining will devastate the world famous pristine region, also known as ‘The Lost World’,” he said.

The former minister is wary that if Sabah were to mine its coal, coal-fired power plants would be forced upon the state on the pretext that Sabah should use its own coal for power generation and touted natural gas as a better option.

“Sabah saw investments by Petronas and other oil and gas players, including the state government, to develop the state’s local oil and gas industry.”

“It does not make sense that our natural gas is piped to the Petronas’ Liquefied Natural Gas (LNG) plant in Bintulu for export to foreign countries instead of being used in Sabah, including in the east coast, via the (now cancelled) Trans-Sabah Gas Pipeline (TSGP),” he added.