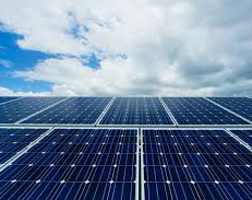 A tender for the construction of the Dabdaba solar energy project has been listed by Kuwait’s national oil company as part of the country’s plans to produce 15% of its power needs from renewable sources.

The limited tender by the state-owned Kuwait National Petroleum Company (KNPC), as found on the country’s Central Agency for Public Tenders, is for the supply, construction, operation, and maintenance of the 1.5 gigawatt Dabdaba solar energy project.

The tender closes on 16 December 2018, with a preliminary meeting set for 10 October, the day before the first preparatory meeting that will take place at 8am on 11 October at KNPC’s main building in Al Ahmadi, Kuwait.

A second preparatory meeting is set for 14 November, with a third set for the day after – both at KNPC’s Ahmadi building, according to the tender filing.

According to a statement by KNPC in July, the Dabdaba project has an operation and maintenance period of 25 years and work on the scheme is scheduled to start in early 2019.