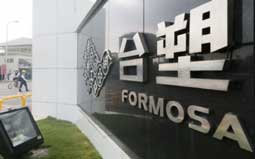 Taiwan’s Formosa Plastics Group has been reported to have stated that it will indefinitely suspend construction on a US$9.4 billion petrochemical complex in Louisiana until the Covid-19 pandemic subsides or when a vaccine has been found.

Work on multiple major petrochemical projects in the US was temporarily suspended or slowed in April and May, during the height of pandemic-related shutdowns that stymied construction activity. Start-up dates were pushed back as much as a year for some projects, while others saw delays of a quarter or more.

But Formosa’s deferral of a final investment decision on what the company has dubbed the “Sunshine Project” project marks the first indefinite delay of a major project because of pandemic.

In March, when the pandemic hit, major construction activity at the complex was suspended to reduce the number of workers on site.

By May, the company had resumed work on a rail line and re-opened the site’s office, but more substantive work remained on hold pending the final investment decision expected in the second half of 2020.