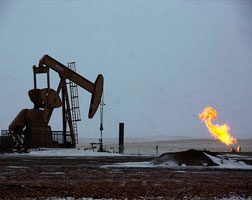 The former chairman of Shell UK has argued the entire oil and gas industry needs to “strengthen its voice” in its response to climate change and step up efforts to develop low carbon technologies.

Writing in BusinessGreen, James Smith, who now serves as chairman of green consultancy Carbon Trust, warns that the increasingly high-profile divestment and “unburnable carbon” campaigns had focused attention on whether oil and gas companies can survive in their current form.

He argues that “if costly climate damage is to be avoided, these companies will have to change profoundly over the next couple of decades”, adding that as such each oil and gas major needs to develop its “own low carbon product strategy”.

Smith, who has previously warned leading oil and gas firms should be doing more to develop carbon capture and storage (CCS) technologies, argued there is a compelling case for fossil fuel firms to step up investment in clean technologies that can be integrated with their existing business models.

“The oil and gas companies must play to their strengths,” he writes. “I believe these strengths lie in high energy density liquids and gases. These are vital to heat, power and transport. Today these liquids and gases are high in carbon as well as high in energy. In the future they will have to be low in carbon.

“In a low carbon world, there are three potentially important technologies for which oil and gas companies are the natural owners: CCS can be used with oil, gas and biomass to make low carbon electricity; advanced biofuels can be made from crop wastes and microbes using advanced catalysis; and fossil fuels can be used, with CCS, as a source for hydrogen as a major means of storing and carrying low carbon energy.”

Smith concludes that oil and gas companies can survive in a low carbon world, but only if they recognise that the global energy system “will have to change profoundly”.

Smith’s intervention comes at a time when leading oil and gas firms are facing mounting pressure from campaigners and activist shareholders to provide more information on their climate change strategies and come up with a more credible response to the carbon bubble hypothesis, which warns fossil fuel firms could be left with stranded assets if the global economy successfully moves towards decarbonisation.

Earlier this month the trend was underlined, as BP shareholders voted overwhelmingly in favour of a resolution demanding the company provide more detailed information on its climate change strategy.

The mounting public and shareholder pressure has seen divisions emerge within the industry, as some companies have joined calls for new carbon pricing regulations – which Smith argues are essential for ensuring the market offers companies the chance to recover the cost of cutting emissions – and others have continued to downplay warnings about escalating climate-related risks.

Smith argues more oil and gas firms need to properly engage with climate change issues and follow that engagement with a clear overhaul of their product development strategies. “The transition over the coming decades for oil and gas companies is uncertain and risky,” he writes. “But defending the status quo would be more so.

The move comes as BP last week faced fresh criticism over its decision to phase out its clean tech research and development programme and its failure to make public information on the intellectual property that resulted.

Smith’s intervention was welcomed by James Leaton of Carbon Tracker, the thinktank that has pioneered research into the carbon bubble.

“The oil sector continues to miss the point that avoiding high-cost, high-carbon production preserves shareholder value – the recent price volatility has seen the oil sector lose US$580bn in value over the last nine months, with too many companies betting on high oil prices,” he said. “We’d agree that the oil sector has little to fear from tackling climate change if it follows our blueprint to reduce risk for its shareholders. It is amazing that one of the most powerful lobbying industries in the world publicly backs a global carbon price, yet we still don’t have one.”

However, he questioned the extent to which CCS technology can tackle climate risks.

“CCS like any technology may have its place in decades to come – but given the lack of progress over the last decade, we may have blown the carbon budget by then,” he warned. “If the current dozen or so pilot CCS projects can grow to several thousand by 2050, it would still only extend the carbon budget by 14%.” – The Guardian