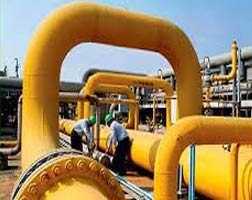 India’s GAIL is expected to produce a whopping 1.7 million tonne per annum of petrochemicals – nearly double its current production.

This comes with the commissioning of two greenfield projects.

The additional capacities are being added despite some analysts expressing the view that the PSU’s petchem units, which are being fed by an expensive feedstock (imported LNG), could face pressure on margins, especially given the intense competition from Reliance Industries, the dominant player in the segment.

A GAIL official, however, told FE: “The robust growth in the petrochemicals business in India provides an opportunity for the company to expand its petrochemical business further. Over the last 15 years, GAIL has emerged as one of the leading petrochemical companies with a pan-India marketing network.”

The proposed increase in GAIL’s production capacity is being achieved thus: The capacity of the Pata plant, near Kanpur, is being enhanced to 900,000 tonnes per annum (TPA) and additionally, the greenfield projects promoted by GAIL through Brahmaputra Cracker and Polymer Ltd (BCPL) — in which ONGC Petro-additions or OpaL is a partner — is about to be completed soon.

“The mechanical completion of the Pata project has already been achieved. All utilities have been successfully commissioned. The gas cracking and polymer production started in March,” said the source. GAIL is eyeing both domestic and export markets for its petrochem products.

GAIL’s revenues from the petrochemicals business has been on the rise and has increased by 26% to R4,720.08 crore in FY15 from R3743.68 crore in FY13. However, as a share of the total sales turnover, the petrochem segment has been stagnant at around 7-8% through these years.

The PSU player is poised to face a tough competition from RIL in the petrochemicals business. The Mumbai-based private firm is expanding capacity across all segments. “With India’s per capita consumption of polymers poised to double by 2020, RIL will be uniquely positioned to serve the domestic demand growth,” it said in a recent investors’ presentation.

Analysts are not upbeat about GAIL’s petrochemicals margins, as it has been dragging because of expensive feedstock. “Petrochem margins will remain subdued this year as lower oil price will impact realisations, while doubled petrochem capacity will increasingly rely on expensive long-term RLNG (regasified liquefied natural gas),” Edelweiss Securities said on a July 23 note.

The pressure on margins have started showing after long-term LNG supplies from Qatar has become expensive compared with spot buys, forcing India to cut supplies by 30-35% from Doha. The equation has altered since mid-2014 when prices of commodities started to fall, pushing crude oil prices to a six-year low and, with it, the prices of gas. While supplies from RasGas cost about US$11-12/million British thermal units (mBtu), spot prices are hovering around US$8-9/mBtu.