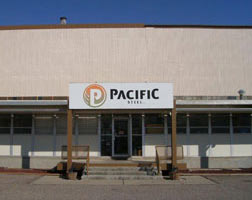 A man has died after a chlorine gas leak at the Pacific Steel and Recycling facility.

Several of them were in critical condition, but a spokesman said the other hospitalized men were released from the hospital.

He said the man’s death is a shock. His name has not yet been released.