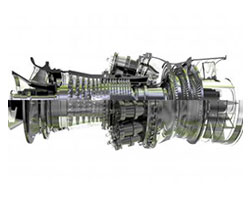 The Bismayah plant will support Baghdad and Bismayah and be able to generate the equivalent power needed to supply more than 5 million Iraqi households.

According to the Iraq Energy Outlook by International Energy Agency, Iraq needs to boost its power generation capacity by nearly 70% to meet its needs, while over 70 GW of additional installed capacity is needed by 2035, with a focus on moving away from the traditional oil-fired power mix to more efficient gas-fired generation.

The gas-fired Bismayah plant helps meets the larger development goals of the country with GE to supply eight units of its advanced 9F.03 gas turbines. The project will be developed in two phases, each consisting of two blocks of 1,500 megawatts each. Mass Global Investment Company has signed the EPC contract for the project with ENKA and is currently finalizing the plans for the second phase.

GE has three offices in Iraq—in Baghdad, Erbil and the southern oil and gas hub of Basra. The company has over 40 years of presence in Iraq and supports the country’s infrastructure needs in power generation, oil and gas, water processing, aviation and healthcare, through the company’s diversified multi-business solutions and local presence. To date, more than 130 GE turbines are in operation in the country apart from ongoing agreements to support power generation plants across Iraq.

One of the ambitious national housing projects, Bismayah is estimated to have over 100,000 residential units with the government of Iraq providing the entire infrastructure needed for a modern city development including power and water as well as other amenities.