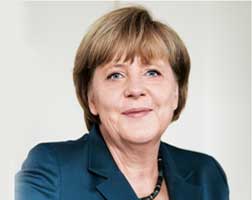 Pressure is growing on Germany to enforce Clean Air limits introduced in the European Union in 2010. Ninety cities, including Munich and Stuttgart, where BMW and Daimler are based, could face penalties for having nitrogen dioxide (NO2) levels in excess of the permitted limits, according to the DUH environmental lobby.

Cities waiting for the funding since it was approved in early September plan to invest in digital tools to improve traffic management, replace diesel buses with zero-emission models and promote battery-charging networks.

But the DUH, which has for years been suing local and state authorities in Germany to get them to take steps to improve air quality, dismissed the plans as insufficient.

“The projects planned will not lead to improv(ing) air quality greatly in 2018 and probably also not in 2019,” he said.

After meeting municipalities and states for a second “diesel summit” in three months on Tuesday, Chancellor Angela Merkel said further programs will be needed in coming years to help fund a strategic shift toward more efficient transportation systems. She gave no details.

Just before the Sept. 24 election, Merkel’s government announced it would double funding allocated to curbing excess NO2 levels.

Carmakers VW, Daimler and BMW said in August they would contribute about a quarter of the EUR1 billion sum but, because of foreign rivals’ refusal to also make a commitment, have since lowered their pledge to about EUR170-180 million.

State officials have criticized the German auto industry for opposing hardware changes to make older diesel cars more efficient, and for a lack of zero-emission bus offerings on behalf of manufacturers such as Mercedes-Benz and MAN MANG.DE.

Instead of replacing emissions systems, carmakers are focusing on overhauling engine software in 5.3 million diesel vehicles, a step dismissed as insufficient by environmentalists.

“Ultimately we need broad changes in transport policy, it will not be possible to organize this with the EUR1 billion,” said Gerd Landsberg, head of Germany’s association of municipalities (DStGB).

“But it would be a signal, also for the courts, that something is happening to reduce nitrogen oxide emissions.”

Germany’s highest administrative court in Leipzig is expected to rule in February on possible driving bans for diesel cars. It will discuss a ruling by a lower tribunal which said vehicle bans are necessary to help meet EU Clean Air rules.