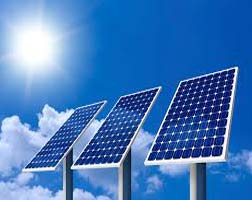 JAKARTA – Germany is supporting Indonesia’s green energy projects by offering loans up to US$2.25 billion through its development bank Kreditanstalt für Wiederaufbau (KfW).

It will fund renewable energy projects for the next five years.

KfW Office Jakarta senior sector coordinator Christoph Twerenbold said the bank would provide the loans as part of an agreement between Indonesia and Germany in 2013 in which the two countries agreed to bilateral cooperation on climate change and energy.

“That’s why we are now preparing a quite ambitious portfolio,” he told The Jakarta Post on Tuesday.

Christoph also said that the bank’s main partner was state electricity firm PLN, which has received 300 million euros in loans this year, out of the bank’s 2 billion euro portfolio.

The bank expected to channel 300 million euros to the energy sector this year, while the other 1.4 billion euros would be extended until 2019.

“We see huge potential, a huge need for investment in infrastructure because nothing has been done in the last 10 years. So now everything has to come up to secure electricity supply,” he said.

President Joko “Jokowi” Widodo has pledged to provide an additional electricity supply of 35,000 MW within a five-year period to cope with the demand surge from industrial activities. Around 25 % of the total 35,000 MW power program would come from new and renewable energy sources, or equal to 8,750 MW of electricity.

As a tropical and archipelagic country, Indonesia has abundant resources, including hydro power and solar energy. The country is also estimated to have around 28 gigawatt (GW) in geothermal potentials that can generate electricity.

However, development of the potentials is sluggish due to financing issues, unfavorable regulations and land acquisition.

For the 8,750 MW itself, Energy and Mineral Resources Minister Sudirman Said previously said that the country needed Rp 402 trillion ($28.58 billion) in investment.

KfW declined to disclose the details of the loan, but stated that it would be a long-term soft loan, with interest of less than 7 %.

It also has opened the possibility of working with state-owned oil and gas firm Pertamina.

In response to the offer, expert staff to the Office of the Coordinating Economic Affairs Minister, Raldi Hendro Koestoer, said that the Indonesian government was open to any offer, but it had to fit the government’s capacity.

“If the government sticks to one country, it wouldn’t be good as well. […] I think this is important, because it’s environmentally friendly and Germany has advanced in renewable energy,” he said.

KfW previously provided a 7.7 million euro grant to finance a geothermal project in Aceh in 2011. (fsu)