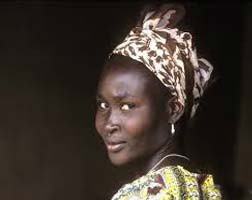 The Atlantic waters off the west African coast teem with oil rigs and support vessels, most a very long way from home.

Ghana, a new entrant to the energy game, wants to provide them with a closer port of call.

Like many resource dependent countries, Ghana wants to grow its economy beyond raw material exports – and hopes a new port and rig repair depot will help it to do just that.

This year groundbreaking begins on the Atuabo Free Port, a USUS$1 billion facility on the western side of Ghana’s coastline. Here, oil rigs will be towed to be serviced, saving the almost 10,000 nautical mile journey to the Far East where the work is usually carried out. Atuabo will also serve as a free trade port for energy-related industry.

The project is being driven by Lonrho, a UK-based corporation that has invested in African projects for more than a century. Lonrho and its investment partners will hold 55 % of the venture, with another 35 % taken up by Ghanaian investors; the government will have a stake of 10 %.

In April, the China Harbour Engineering Company was awarded a US$600 million contract for the project, which is sited 326 kilometres west of Ghana’s capital, Accra, and just 100km west of Takoradi, the centre of the country’s emerging oil industry.

Dedicated free trade ports are something of a fashion among developing economies, which see them as a way to encourage investment.

Already other African countries have such facilities or are developing them, says the Atuabo development manager, Steven Gray. “These dedicated ports ensure that the needs of the oil and gas industry are addressed in a way that ensures efficiency and reduction of operating costs, and so will it be for Ghana,” Mr Gray says. “Also the market assessment suggests substantial interest for a dedicated oil and gas freeport in Ghana. The pipeline of tenants on the project is very strong.”

Angola has its Sonils facility; Nigeria the Onne oil and gas freeport, and South Africa is developing a rig repair depot at Saldanha Bay near Cape Town.

Atuabo intends to eventually become a regional hub for oil and gas companies operating in the area, with corporate, logistical and manufacturing facilities. Most rigs now must travel 20 days to South Africa for repairs, increasing costs and delays for upstream operators in the Gulf of Guinea, Mr Gray says.

And because South Africa has port constraints, only a limited number of rigs can be accommodated.

This means a far longer journey to Singapore or Indonesia for those unable to secure a berth in Cape Town.

According to South Africa’s Transnet National Ports Authority, about 120 rigs move along the African coastline each year. They are usually in transit to and from ports in South East Asia and the Middle East, for servicing. Many of these could theoretically be repaired closer to their operating grounds along the African coast.

Due to the sheer size of even a modest rig, few ports can accommodate more than one or two at a time. Pressure is likely to grow on regional depots as exploration increases. In June the World Bank gave the nod for US$700m funding to underwrite exploration of oil and gas offshore Cape Three Points in the western region of Ghana.

According to RigZone, an international database, the offshore fleet for west Africa now consists of 93 rigs, with just under 60 % of these in active use. There are also several hundred support vessels plying between ports and rigs.

Manning a rig at sea is not especially labour intensive but once they enter port, they become a hive of activity as contractors race to complete as many repairs and refurbishments as possible. With up to 1,000 people working on a docked rig at a time, the implications for job creation in Ghana are significant, Mr Gray says.

“With a project of this nature the obvious benefits will be the creation of jobs by the economic activity in the formal sector both direct, indirect and also attracting foreign direct investments, thereby contributing significantly to Ghana’s GDP.”

While the planned port will provide longer-term economic opportunities, in the meantime the country has had to secure outside aid.

The IMF’s US$918m aid programme with Ghana is on track and the government has met almost all performance criteria, a senior fund official said last week after an initial review mission.

The programme, which began in April, aims to stabilise the economy. The IMF held its forecast for Ghana’s 2015 GDP growth at 3.5 % and said the country was on course to exceed its 2015 deficit reduction target with 7.2 % expected versus 7.5 % forecast previously.

Even though the oil price has reduced the rig count worldwide, demand for local repairs remains brisk, says Jules Lambert, the chief executive of the west Africa-focused Rig Repairs International. The company operates in locations such as Cameroon, Ghana, Nigeria and the Republic of Congo.

“Most of the rigs operating off west Africa have previously worked elsewhere; older rigs operating in other fields are replaced with newer technology, and sent here. So, because they are not new, they require a lot more maintenance.”

Work needed includes everything from light repairs to full overhaul. He notes that dispatching rigs to Dubai, South Korea or other facilities has declined substantially as more work is done locally.

Typically, an operator would dispatch a rig to a port that was closest to its next assignment and, as long as demand off the African coast was strong, so would the need for local ports grow.

“As the oil business took off and people began making money off it, a good work force has developed. The level of expertise in the region has reached the point where our company hardly uses expats anymore,” Mr Lambert says.

Still, as with any venture capital investment, there are risks. The region is still struggling with a piracy problem that has affected supply ships off the coast, if not the rigs themselves. In addition, a chronic shortage of electricity in Ghana and elsewhere has hampered industrial investment.

Developments such as these are part of a trend towards companies active in Africa investing in infrastructure and manufacturing capacity. AP Møller-Mærsk, the owner of the world’s largest shipping container line, says it will bid to build and upgrade ports in Africa, according to reports.

At the same time, Mærsk is working on a US$1bn development of Ghana’s main container terminal, Tema.

This includes construction of four new berths and a quadrupling of port capacity. According to Mærsk research, growth in non-commodity trade is increasing at about 5 % a year – pointing to a diversification which extends beyond the shipping of raw materials.

“Africa is moving up in the value chain,” says Lars Reno Jakobsen, the company’s senior vice president for Africa.

“People can now probably afford things they couldn’t earlier on. Underlying sentiment is positive. You are still seeing quite healthy growth.”