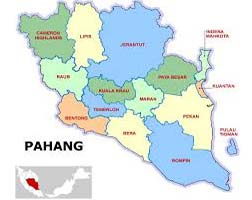 KUCHING: Borneo Oil Bhd, which is expected to commence gold mining activities soon in a second area in Pahang, plans to invest an additional RM40mil to step up its mining operations in the state.

According to executive director Raymond Teo Kiew Leong, land clearing is underway and mining equipment is being mobilised to facilitate the mining of alluvial gold and tailings at Bukit Ibam, Rompin district, in the current quarter.

“An extensive exploration and drilling programme is being planned for the area with regard to its lode gold potentials,” he told StarBiz.

Besides Bukit Ibam that covers 1,200ha, Borneo Oil group has been appointed the sub-contractor to carry out prospecting, exploration and mining of alluvial and lode gold on an exclusive basis in two other designated areas – Mukim Batu Yon (162.3ha) and Hutan Simpan Hulu Jelai (202.8ha) – both in Lipis district.

The group is carrying out alluvial gold mining and exploration activities in Mukim Batu Yon.

Teo said the on-going exploration works for Hulu Jelai area had covered 25% of the tenement and this was expected to extend to entire tenement by first quarter-2016.

“A working plan will be drawn up for implementation if the analysed results from the exploration are positive,” he added.

Teo said the planned additional investment, comprising RM30mil for the purchase of mining machinery and equipment and RM10mil in exploration works, would come from the proceeds of a proposed rights issue currently being implemented by Borneo Oil.

The proposed exercise would raise up to RM237mil, of which RM77.8mil would be allocated as working capital for the gold mining operation. Borneo Oil’s major shareholders Victoria Ltd (with stake of 25.48%) and Hap Seng Insurance Services Sdn Bhd (16.72%) have provided irrevocable undertakings to fully subscribe their entitlements under the proposed fund raising exercise.

The group has utilised about RM9.4mil from the proceeds of a private placement last October for the purchase of new mining plant and equipment (RM4.4mil) and exploration activities (RM5mil).

It started alluvial gold mining and exploration activities in Mukim Batu Yon a year ago following its appointment as the sub-contractor by Champmark Sdn Bhd.

The mining area was contracted to Champmark by MMC Corp Bhd, which has leased it from Perbadanan Kemajuan Negeri Pahang on a sole and exclusive rights basis to carry out the prospecting and mining of minerals.

“Although gold prices have not been performing well in the past year, the company still holds a long-term bullish view of the precious metal as gold will be a more pronounced feature in determining values and collateral in the near future,” Teo said.

He said while the group would expand its limestone mining activities in Sabah, it was currently studying the feasibility of venturing into the more profitable downstream operation. The group owns about 158ha of limestone mining area in Ulu Segama, Lahad Datu.

From the proceeds of the proposed rights issue, Borneo Oil intends to utilise RM10mil for the purchase of additional plant and equipment and RM8mil for working capital of the limestone operation. – The Star