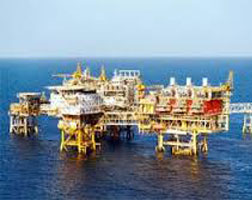 The government on Wednesday approved a clear policy for testing oil and gas flows to determine commercial viability of discoveries. ONGC and RIL would be major beneficiaries as disputes as six gas finds of each company have been stuck due to dispute over the testing method.

The new policy would go a long way in easing the process of doing business for explorers and help in holding the next round of block auctions.

the Cabinet Committee on Economic Affairs (CCEA) approved a policy to allow development of a dozen contentious natural gas discoveries of Reliance Industries and ONGC worth Rs one lakh crore at current prices.

The policy, which gives companies options to either develop the finds at their own risk or perform DGH-prescribed conformity tests before developing them and recoup entire cost, will help monetise around 90 billion cubic metres (bcm) of gas finds.

This will “settle the long pending issue with regards to 12 discoveries in five blocks pertaining to Oil and Natural Gas Corp (ONGC) (six discoveries) and Reliance Industries (six discoveries) but will also establish a clear policy for the future,” an official statement said.

The 12 finds hold reserves of around 90 bcm of gas “which would be valued at over Rs one lakh crore at the current gas price of USD 4.66 per million British Thermal Unit (mmbtu) on Gross Calorific Value (GCV),” it said.

The policy will also help in bringing out transparency and uniformity in decision making as against case by case approach in the past.

The CCEA, chaired by Prime Minister Narendra Modi, allowed companies to either relinquish the blocks or develop the discoveries after conducting Drill Stem Test (DST) with 50 % cost of DST being disallowed as penalty for not conducting the test on time.

The cost recovery for carrying out DST would be capped at USD 15 million.

Alternatively, the companies will be allowed to develop the discoveries without conducting DST in a ring-fenced manner i.e. at their own cost. The expenditure incurred in developing these finds will be recouped only if the fields are commercially producible.

“If the contractor does not opt for any one of these options suggested above within 60 days of theCCEA approval then the area encompassing these discoveries shall automatically be relinquished,” the statement said.  – Times of India