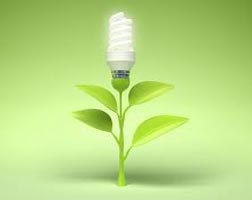 The ministry of new and renewable energy (MNRE), housed in New Delhi’s CGO Complex, was always the least visible of the infrastructure ministries, with many bureaucrats viewing it a step-down posting.

Not any more. Perceptions changed rapidly with the National Democratic Alliance (NDA) government taking over. It put renewable energy at the top of its agenda, in a bid to reduce India’s overwhelming dependence on coal-fuelled power.

The targets were ambitious. An earlier target of installing 20,000 megawatts (MW) of solar energy capacity by 2022 was raised fivefold to 100,000MW. The government has also set a target of generating 60,000MW in wind power capacity by then. Currently, renewable energy accounts for only 31,692MW of India’s power generation capacity of 267,637MW.

The ambitious targets have, in turn, led to a slew of innovative actions down the line. “We are looking at innovative financing models with an open mind. Very soon, NTPC Ltd will come out with a global offering of rupee-denominated bonds. Coal India Ltd today has sufficient funds, but it has aggressive green plans and may come out with some offerings for financing its renewable energy thrust. It could be green bonds. All options are open,” said Piyush Goyal, minister of state with independent charge of power, coal and new and renewable energy.

He has been tasked with the job of translating Prime Minister Narendra Modi’s vision into a reality.

State-owned NTPC plans to raise US$500 million each from its first global rupee and green bonds. The US$1 billion bond sale, approved by the board of India’s largest power producer, ties in with the government’s aim of raising low-cost, long-term funds to help finance its renewable energy objectives.

Also, the green energy push is expected to open up employment opportunities, with the government working on a strategy to turn some 20,000 unemployed graduates into entrepreneurs to help it meet its solar power generation targets—a plan it will implement in concert with state administrations. This is in addition to the government’s plan to train around 50,000 people in areas related to solar power.

This is how it will work: State governments will choose graduates, preferably engineers, who will then be trained by the central government for around three-six months to equip them with the entrepreneurial and technical skills to set up solar power plants with a capacity of 1MW each, to create 20,000MW of solar capacity. While the states will identify the land, the Union government may provide some subsidy under the National Clean Energy Fund for setting up these projects, each requiring an investment ofRs.6.5 crore.

The “solar army” of 50,000 people would be trained in areas related to solar power to help India achieve its ambitious targets. The training will be imparted through organizations such as the Industrial Training Institutes (ITIs) under the National Skill Development Mission.

“Plus, we are looking at developers coming up and investing in India, for which we will pay in dollars. We are looking at dollar tariffs very actively. This could be a game-changer for the renewable energy industry,” said Goyal.

Inviting dollar-based tariff bids along with sharing of hedging risks is expected to reduce the solar power tariff from around Rs.6.70 per unit currently to around Rs.4.37 per unit, with the firms freed from foreign exchange risk. The government is looking to provide green power at less than Rs.4.50 a unit. This comes in the backdrop of concerns over India’s ambitious targets to crank up solar and wind energy production, thanks to the precarious finances of the primary customers—the state government-owned distribution utilities.

Goyal did not rule out other public sector units issuing global rupee and green bonds as well. “It makes eminent sense. Maharatnas and navaratnas can go in for low-cost borrowings,” he said.

India needs as much as US$200 billion to meet its target of installing 100 gigawatts (GW) of solar power capacity and 60,000MW of wind power capacity by 2022. But securing affordable, long-term and adequate funds has been a challenge for developers of clean-energy projects in India, where interest rates are high.

“PFC (Power Finance Corp. Ltd) and REC (Rural Energy Corp. Ltd) can be financers of the larger solar installations. NTPC, Coal India, its various subsidiaries, Power Grid (Corp. of India Ltd)—all of them can contribute in a way with dirty energy paying for clean energy. It will be great corporate social responsibility for Coal India and NTPC, for instance, if they embraced solar power in a big way. It will demonstrate that we as a people appreciate our responsibility towards a cleaner planet, and while we still use coal for thermal power, we are also supplementing it with clean power,” added Goyal.

The emphasis on solar and wind power is also expected to strengthen the country’s standing at global climate change negotiations that culminate in a summit in Paris in December. India has taken significant steps to shift from a carbon subsidization regime to one of carbon taxation. India is also among the few countries in the world to have introduced a carbon tax.

State-owned NTPC plans to call for bids from solar project developers for buying 15,000MW on behalf of MNRE in dollar-denominated tariffs. This is in addition to NTPC’s plans to set up 10,000MW of solar power capacity on its own.

“Our analysis demonstrates that auctions for renewable energy projects have the potential to help the government achieve India’s ambitious renewable energy targets in a cost-effective manner. At the same time, focusing on better risk management can help improve the auctions’ success in deploying capacity and further increase their viability,” said Gireesh Shrimali, fellow at Climate Policy Initiative, in a statement.

Policy action has been reinforced by corporate backing. The government has secured pledges from firms to set up renewable energy capacity of 217GW over the next five years. The government is expecting an investment of US$200 billion in green energy projects. Given the potential in the country, US-based First Solar Inc., SunEdison and China’s Trina Solar Ltd are among the energy companies that plan to set up manufacturing facilities in India.

As part of its strategy, India has rolled out an ambitious campaign to promote solar energy through organizations under the ministries of defence and home such as the Indian Army, and central public sector units such as Indian Railways, NTPC, NHPC Ltd and Coal India, providing them with grants on the condition that they source equipment from domestic manufacturers. This comes in the backdrop of Prime Minister Modi’s Make in India programme, aimed at attracting foreign investments and turning India into a manufacturing hub.

The government’s focus on renewable energy stems from the fact that India has an energy import bill of around US$150 billion, expected to reach US$300 billion by 2030. India imports 80% of its crude oil and 18% of its natural gas requirements. The government aims to effect a 10% cut in energy imports by 2022 and a 50% cut by 2030. – Livemint.com