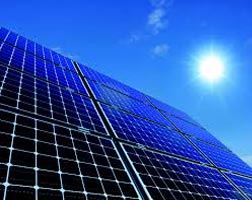 Solar energy is the most popular source of electricity in Australia with more than three times the backing of coal-fired or nuclear power, a survey by Ipsos has found.

The poll of almost 1200 people around the country found that solar panels on roof tops were supported by 87 % of respondents, with large-scale solar farms “strongly” or “somewhat” backed by 78 %.

The survey, funded by the federal Australian Renewable Energy Agency, was aimed at identifying the potential barriers large-solar farms might encounter and how local communities might be won over.

“Details of any potential employment opportunities, project timelines and information about the area of land required to establish a large-scale solar energy facility are also important factors in establishing community support,” she said.

For instance, while 63 % thought solar farms would be positive for the environment by curbing greenhouse gas emissions in Australia, 53 % were unsure about the impact on the local environment.

Almost one in three, or 30 %, thought large-scale solar plants would have a negative visual impact on the local landscape.

The Ipsos survey comes as a separate report released on Monday by the Grattan Institute found small-scale solar PV systems on households would cost US$9 billion more than the benefits they generated. That report, though, said large-scale solar facilities were more efficient and were the path taken by countries such as Germany and Spain.

The Abbott government and Labor agreed last week to cut the Renewable Energy Target for 2020 by about 20 %, arguing that with declining power demand the need for additional capacity has been reduced.

The Ipsos survey found that most respondents – at 60 % – back funding into large-scale solar research over non-renewable energy sources. Of the total, 38 % also said solar farms should get research priority over other clean energy sources. – Smh.com.au