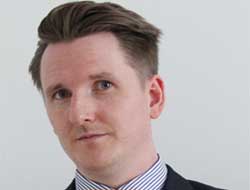 For the first time in three years since the 2014 dip in oil prices that resulted in major companies pulling their investments from Southeast Asia and the consequent collapse of the value chain that left the industry in disarray, the region is finally seeing an increase in the number of new offshore projects.

Established no the extraordinary levels of consumption, the Brent barrel continues to trade at around US$70-75 and has prompted a swift recovery in the US shale industry. However, longer cycle markets like offshore have yet to feel the impact of higher commodity prices, with jack-up and deepwater floating rig plateauing with global utilisation currently at 62% and 54% respectively.

The rising demand for gas in Asia, mainly from from China as part of governmental policy to reduce pollution and promote healthy economic growth across the region, has seen a shift towards offshore gas production. Over the past year,improvement in the oil & gas industry as well as significant industry costrationalisation has seen projects such as ONGC’s R-Cluster in India, Mubadala’s Pegagain Malaysia and Cooper’s Sole field in Australia get the green light.

In Southeast Asia specifically, numerous world-class projects are lining up, inlcuding IDD and Abadi in Indonesia, Kasawari in Malaysia, and Block B in Vietnam. Geographically, the Rakhine basin in North Myanmar has been a great potential spot for new frontiers, and has seen significant investment in both exploratory drilling and onshore infrastructure.

As with many gas projects across Southeast Asia, the negotiation of complex commercial terms between governments and foreign E&Ps may hinder to future activity. Despite local E&Ps budgeting for increased levels of capital spending in the region as recent cost efficiency measures improved operating cash flows, and major service companies such as Schlumberger expecting double-digit revenue growth mainly from offshore and exploration related activities across international markets in 2019, no significant improvement is forecast in the near term, due to local long-cycle offshore developments that will take time to translate into substantial volumes of work for the supply chain. Additionally, the offshore supply chain is not just reliant on E&Ps to stimulate demand but also the banking and investment sector to provide and restructure debt to finance expansion. A steady rate of growth is needed to change the mindset of offshore oil & gas within the financial industry.

It is also imperative that regional players fully understand the global geopolitical and macroeconomic environment currently shaping higher oil prices to effectively navigate the local landscape. Outside Southeast Asia, there has been much fluctuation over the past nine months with various push and pull factors. OPEC may begin to taper the 1.8mboepd of current production cuts which could inflate supply, while at the same time, the US administration is looking to reintroduce sanctions on Iran, threatening access to 2.1mboepd of crude oil exports.

The hyperinflation and political chaos in Venezuela has seen crude production fall from an average of 2mboped in 2017 to approximately 1.3mboepd in June 2018. The decrease means the the OPEC member failed in meeting contractual export obligations to key demand centres such as India, which is undoubtedly playing a significant role in the current oil price rally.

“With numerous “false dawns” over the past three to four years, what the offshore market needs is a period of stability. If oil prices remain above US$65/bbl over the remainder of 2018, it may start to embolden the industry and trigger increased levels of the investment required to move the needle and improve the fortunes of offshore contractors,” says Westwood Global Energy Group Director, Thom Payne.

2018 will be a year of cautious optimism. Any offshore business that has survived the past 48 months has are doing something right. However,as the industry escalates over the next few years, businesses should focus on utilization in their core areas of competence to improve revenues and earnings instead of adopting more aggressive commercial strategies.

Payne will be delivering his keynote speech, ‘The Future of Global Oil & Gas Supply and Demand Dynamics’, at the OSEA2018 Conference on 27 November 2018 in Singapore.