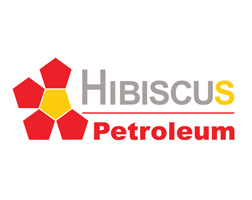 Hibiscus Petroleum Berhad is buying a 50% share in two oil blocks located offshore on the North Sea. Anasuria Hibiscus UK Limited (AHUK) announced that the deal was made with Caldera Petroleum (UK) Limited to acquire Block 15/13a and Block 15/13b under the Production License P198 for US$37.5 million.

The Blocks are located offshore in the United Kingdom sector of the North Sea, approximately 250km northeast of Aberdeen. Block 15/13a consists of a significant oil bearing discovered field, whilst Block 15/13b is a smaller discovered field.

The proposed acquisition of the Blocks is subject to, amongst others, the written consent of the United Kingdom Oil and Gas Authority for the assignment of interests and the transfer of operatorship to AHUK. The acquisition is expected to finalise by 16 October 2018, upon which AHUK and the Seller will each own a 50% participating interest in the Blocks.

“We are excited by this acquisition. It is a key component of our 2021 mission to secure 100 million barrels of proved and probable reserves,” said Hibiscus Petroleum’s Managing Director, Dr. Kenneth Pereira.

“Furthermore, the blocks are located in an area that is close to other discoveries and existing infrastructure. We look forward to working closely with the UK regulators as well as with our new partner to optimally monetise the resources within these blocks and deliver shareholder value.”

AHUK holds 50% joint-operating interests in the P013 licence consisting of the Teal, Teal South, and Guillemot A fields, as well as 19.3% non-operating interest in the P185 licence consisting of the Cook field. The Teal, Teal South, Guillemot A and Cook fields which produce oil and gas to the Anasuria Floating production storage and offloading facility are collectively known as the Anasuria Cluster, located offshore in the United Kingdom sector of North Sea.