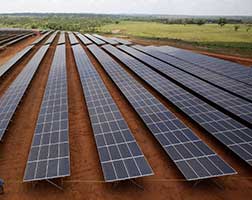 Hawaii has become the first state to mandate a move to 100% renewable energy. In a 74-2 vote by the Hawaiian legislature, lawmakers have passed a bill that requires the state to be 100% dependent on renewable energy by the year 2045. The bill reads, in part, “The purpose of this Act is to update and extend Hawaii’s clean energy initiative and renewable portfolio standards to ensure maximum long-term benefit to Hawaii’s economy by setting a goal of one hundred per cent renewable by 2045.”

Eliminating all carbon-based sources of electricity by 2045 could prove quite a challenge, as currently, 80% of Hawaii’s electricity is generated by oil. The state has the most expensive electricity rates in the country, thanks to having to import large quantities of oil to the islands. Reportedly, Hawaii pays 175% above the national average for their oil. The new law calls for 40% state dependence on renewable energy by 2030, and 70% by 2040.

Hawaii is the first state to make such a bold move toward renewable energy, and sets the bar for the rest of the country. California currently leads the way, where 20% of their electricity is from renewable sources such as solar and wind farms. In the United States as a whole, only about 13% of electricity is generated by renewable energy, divided as follows:
• Hydro Power = 6.3%
• Wind Power 4.4%
• Wood = 1%
• Biomass, Solar, and Geothermal = roughly 1.5%

Chris K. Lee, Democratic representative from Hawaii and Chairman of the House Energy and Environmental Protection Committee, stated that renewable energy currently in place in Hawaii already costs less than oil or other carbon based sources to produce, and “progress toward meeting our renewable energy standards has already saved local residents hundreds of millions on their electric bills.”

Approximately 12% of Hawaiians’ already have solar panels to help offset the high electricity cost. Home based solar systems are typically connected to the power grid in a way that allows excess electricity to be piped back into the grid, where it is utilized by the utility company. In return, residents often receive money back for their contribution.

Initially, Hawaiian Electric Company, the states’ sole provider, pushed back by not allowing residents with solar panels to connect to the power grid. But representative Chris Lee held open debates and negotiations with the utility company, resulting in everyone now being permitted access. The utility company is now on board, and all are working together to meet the states’ renewable energy goals.

The law paves the way for new solar farms to be built that will power thousands of homes and businesses. Currently, 8 new solar farms are planned for Oahu. There are also plans to upgrade the states’ entire power grid as part of the renewable energy initiative. They will be adding the latest battery technology to store gathered electricity as part of a “smart grid” system. The system will use lithium-ion type batteries, produced by companies like AES, as we’ve previously covered.

This is the same technology used in your mobile phone, but much larger, implemented in a distributed array system. This type of lithium-ion grid system is beginning to catch on with power companies for storing electricity during low-demand periods, such as at night, and releasing it when power demand rises throughout the day.

The Hawaiian renewable energy effort is ambitious, with the most difficult part of the plan expected to be the 30% jump to be implemented between 2030 and 2040. However, as technology continues to improve both the efficiency of renewable energy sources and the storage systems used to harness the power, Hawaii may well meet that final 2045 deadline, and be the first state that uses 100% clean energy.