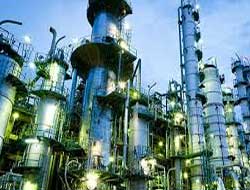 A fifth PTA line, identical to the fourth PTA line is currently under construction and is expected to start-up around the middle of 2020. Hengli also operates another 3 PTA lines on the same site, each with a capacity of 2.2 million tonnes/year, using Invista’s P7 PTA technology. This makes the Hengli site the largest PTA site in the world.

Mike Pickens, IPT President, commented, “I congratulate Hengli on the successful operation of its PTA Line 4. Both Hengli and INVISTA teams have demonstrated extraordinary commitment under difficult circumstances. The successful start-up of Hengli’s fourth line yet again demonstrates Invista’s capability in technology transfer in the global PTA market.”

In February, Hengli Petrochemical had cut back operations at the newly started PTA plant to half its capacity, from 80% earlier, due to lower demand.

It had also cut to 90% its crude oil processing rate at a northeastern plant, down from 109%, as a spreading coronavirus hit demand.