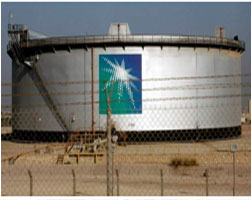 Saudi Arabia, the 14th largest country in the world, possessing around 18% of the world’s proven petroleum reserves and ranks as the largest exporter of petroleum, plans to produce over 10 million barrels a day  as a response to the collapse of its OPEC+ alliance with Russia.

It has also been reported that its state-owned petrochemicals company, Saudi Aramco is offering discounts to refiners from Asia, Europe and the US in bid to shore up demand.

The Kingdom said it could increase its production to over 12 million barrels a day by April, which is 25% higher than the 9.7 million barrels per day produced in February.

Oil demand has dwindled since China, a major consumer, as well as other major markets are dealing with the economic blows due to the Covid-19 outbreak.

In early February, Saudi Arabia proposed to consider new production cuts to stabilise oil prices amid the glut and reduced demand. However, Russia refused to cooperate.

Meanwhile, in light of Saudi’s impending move, Russia is said to raise its production by a further 500,000 barrels per day, “in the near future”.

This move from Saudi Arabia is seen to further escalate it tension with Russia, and worsen the global markets, with US shale producers reportedly taking the hit.  Occidental Petroleum, one of the largest shale producers, has seen its shares decline significantly.

This week opens with oil price declining to as much as 34% to a four-year low of US$27.3 per barrel.

Russian Energy Minister Alexander Novak, on the other hand, expressed that the country is still open to OPEC+ cooperation. The coalition has meetings scheduled for May or June.