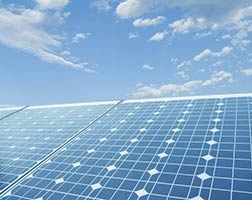 Energy-saving options such as solar and efficient lighting are increasingly looked into as hospitals in Boston are determined to reduce their energy consumption.

Massachusetts General Hospital will install 1,700 solar panels in early September around its Charlestown facility that will generate 570,000 kilowatt hours of energy annually. That’s enough to power 50 homes for a year, according to Chris Longchamps, senior mechanical engineer at Mass. General.

“The real driving point is obviously that the cost of energy continues to go up,” Longchamps said. “There’s a lot of consumption there, but there’s also a lot of opportunity to cut costs.”

According to Longchamps, Partners HealthCare created a master plan in 2008 to cut energy consumption at its facilities by 25 percent.

“Some of it is incredibly simplistic, but overlooked by a lot of people in hospitals — like turning things off in areas of outpatient buildings that aren’t occupied,” he said.

Beth Israel Deaconess Medical Center is also looking at solar options, possibly entering a net metering contract for its Plymouth site, which would allow the hospital to invest in solar fields and reap a return from the energy generated.

Installing solar panels is not an option because of the rooftop’s uneven structure, said Mark Lukitsch, energy and utilities manager for Beth Israel Deaconess Medical Center.

Beth Israel is also one of the area hospitals exploring ways to cut down on energy consumption with tools such as LED light bulbs, which use at least 75 percent less energy than regular incandescent lighting.

“Hospitals are high-intensity energy users, because we’re a 24/7 operation,” said Lukitsch. “There are many hospitals in this area that have a lot of research associated with them, and our research facilities use a great deal of energy.”

Brigham and Women’s Hospital has committed to a 35 percent reduction in greenhouse gas emissions over 4.1 million square feet by 2020.

The Brigham Building for the Future, slated for completion in 2016, will be a self-generating building, producing all of its energy with cleaner engines and mechanisms that cool the building directly from its own excess steam production.

Data from the 2007 Commercial Building Energy Consumption Survey shows that large hospitals used 5.5 percent of the delivered energy in the commercial sector.