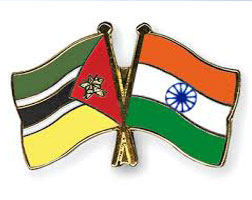 NEW DELHI – India and Mozambique are set to deepen ties in oil and gas.

This comes after the visit by Petroleum and Natural Gas Minister Dharmendra Pradhan’s to Mozambique, a statement said.

“It was agreed that there is scope for expanding cooperation in several areas of mutual interest,” a statement said. Pradhan was on an official visit to Mozambique between April 9-10.

Following his meetings, Pradhan tweeted: “Met with Prime Minister of Mozambique; he was Ambassador in India for 6 years & has been a good friend of India.”

“Had a fruitful meeting with Energy Minister of Mozambique in Maputo; it was agreed to deepen & diversify energy ties. Mozambique is very rich in natural gas & coal; Indian companies have made good investments over there,” his tweets added.

“Had a fruitful meeting with Foreign Min of Mozambique; had signed MoU on energy cooperation with him in Delhi in Nov14,” Pradhan said in another tweet.

“This is one of the largest investment of India in any single hydrocarbon asset abroad,” the statement said.