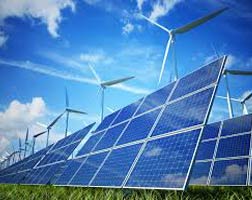 Prime Minister Narendra Modi has said that India has the potential to lead the world in the domain of renewable energy, describing the narrowing difference between the cost of solar and conventional energy as a “game changer” for the sector.

At the recently held inauguration of a three day global conference, RE-Invest 2015, Modi described the thrust on renewable energy production as an effort to ensure universal energy access for India’s poor. He said the price of solar energy has tumbled from Rs 20 per unit to Rs 7, bringing it close to conventional power. He recalled that as Gujarat chief minister he persisted with the solar power programme even as people found it scandalous that it was generated at Rs 20 a unit, but added that prices started falling as the industry scaled up. “Now prices are in the direction of conventional electricity. This is a game changer,” he said.

“We have always spoken of energy in terms of megawatt. It is the first time we’re talking of gigawatt. We have no option but to make a quantum leap in energy production and connectivity,” Modi said, addressing a gathering of 2,000 delegates from India and 40 other countries.

In November last year, the government set an ambitious target of setting up 170 gigawatt of wind, solar and biomass power projects by 2022. Modi talked about India working to evolve an alliance of about 50 countries with abundant sunshine to pool research and technological advancements in the field of solar energy with an aim to make power accessible to the poorest of the poor and in remotest locations. He also said that India’s stress on renewable energy is not aimed at impressing the world but to meet its own energy requirements.