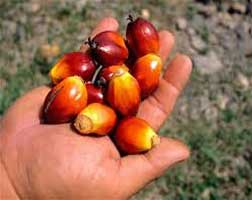 Shippers will pay a levy of US$50 a metric ton for palm oil and US$30 for processed products starting this month, Sofyan Djalil, coordinating minister for economic affairs, said in Jakarta on Saturday. The government will keep the threshold for application of a separate export tax at US$750 a ton, Djalil said.

Indonesia has promoted biofuel use to help absorb rising supplies of the world’s most-traded cooking oil and to cut carbon emissions. The country boosted the mandated amount of palm blending in diesel to 10 % from 7.5 % in 2013, and ordered power plants to mix 20 % in 2014. The biodiesel subsidy was raised in February to 4,000 rupiah (31 U.S. cents) a liter from 1,500 rupiah and the mandated blending for diesel will be increased to 15 % in April.

“The funds will be used to compensate the price differences between the regular diesel and biodiesel.” Djalil told reporters, referring to proceeds from the levy. “It will also be used to help replanting, research and development and human resources development related to palm oil industry.”

The levy will be paid even when the export tax is at zero and will be “taken from export tax proceeds when prices are above US$750,” Djalil said on March 20. The government sets the tax monthly, based on average prices in Jakarta, Rotterdam and Kuala Lumpur. Crude palm oil shipments attract no tax if the average is US$750 or less over four weeks, with rates at 7.5 % to 22.5 % at higher prices.

Palm oil futures in Kuala Lumpur have fallen 18 % in the past year as a collapse in petroleum costs cut the appeal of cooking oils as biofuel. Global supplies of soybeans, used to make an alternative oil, expanded to an all-time high. Futures retreated 6.1 % in March, the most since August, as soybeans and soybean oil dropped on expectations of record planting intentions in the U.S.

Ivy Ng, an analyst at CIMB Investment Bank Bhd. in Kuala Lumpur, said the decision might hurt Indonesian producers in the short term as domestic prices could decline.

“Local prices of crude palm oil will fall by close to US$50 per ton while processed palm oil in local market will fall by US$30 per ton,” Ng said by phone on Saturday. “In three to six months time if the biodiesel program becomes really successful then prices may recover.”

Indonesia has maintained zero tax on most palm oil shipments for seven months through April because the reference price stayed below the US$750 threshold, the Trade Ministry said March 30. The government decree regarding the new levy is expected to be signed on April 6 or 7 and the ruling will become effective upon signing, Djalil said. – Bloomberg