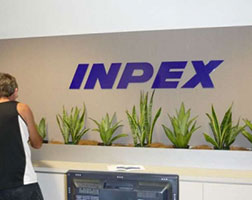 The firm has agreed to acquire a 49% stake in Medco Power Indonesia’s affiliate for the IPP, which is being developed by Japanese, Indonesian and US firms.

Medco Power Indonesia owns 37.25% stake in the project, which is likely to involve an investment of US$1.6bn.

The acquisition is in line with Inpex’s strategy to turn into an integrated energy firm, for which it is venturing into renewable industry.

“The project is likely to involve an investment of US$1.6bn.”

The Sarulla IPP is being developed by Sarulla Operations, which is a joint venture between Medco, Ormat (12.5%), Itochu (25%) and Kyushu Electric Power (25%).

Once operational, the project will be the largest geothermal power station in the world with a capacity to electrify around 700,000 homes.

The IPP, which is scheduled to be fully commissioned within 2018, will be able to deliver power for up to 30 years.

Power output from the facility will be acquired by government-owned electricity firm Perusahaan Listrik Negara (PLN) in Indonesia.

The project is a part of the government’s second 10,000MW fast track power development programme, which was launched in 2010 to meet regional power demands .- power-technology.com