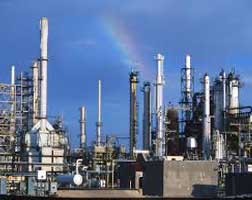 A decline in oil prices could lower LNG prices as the two are linked. This is likely to benefit end-consumer industries such as fertilisers and petrochemicals.

The agreement reached by Iran on its nuclear programme with the five permanent members of the UN Security Council (the US, UK, France, Russia and China) is likely to result in the resumption of oil supplies of nearly 1 million barrels per day.

The supply from Iran will rise gradually over the next year to an already oversupplied crude market. This, however, would be contingent on Iran satisfying the requirements outlined by the Security Council.

Oil refiners will benefit from lower crude prices as imports from Iran will be more cost effective than those from Africa, Latin America and Venezuela among others. This is because Iran offers a lower lead time and better credit terms (90 days) than the others, who typically offer a 30-day credit period, thus improving the working capital cycle for refiners.

Following the agreement and lifting of sanctions on Iran, lower insurance and transportation costs are likely to reduce the overall landed cost of Iranian oil in India.

The EU and US had imposed sanctions on the insurance and transportation of Iran’s oil in July 2012, which had significantly lowered crude imports from Iran. Its share in Indian imports declined to 5.81 % from 13.3 %.

Outstanding dues
For some refiners, the Iran deal would also lead to the payment of outstanding dues towards oil imports of nearly US$6.5 billion from the nation, as payment channels might open up following the lifting of sanctions.

Domestic public sector upstream players may benefit from a lower subsidy burden if the quantum of under-recovery, and hence subsidy, declines. However, the benefit of lower subsidy could be offset by lower realisations that public sector units would face because of a decline in crude prices.

Gross under-recoveries have more than halved since FY13 on falling crude prices, de-regulation of diesel and petrol and the implementation of the direct benefits transfer scheme.

Under-recoveries in FY16 would be only on account of kerosene and LPG.

Ind-Ra envisages a fresh impetus to activities at projects such as Chabahar Port, Farzad-B gas field and the Iran-India gas pipeline. Chabahar Port will provide India with sea and land access to Afghanistan, thereby improving trade between Central Asia and India.

It will also help trim transportation costs compared with shipping from Bandar Abbas, which is a port 830 km to the west.

Ind-Ra estimates the opening of Chabahar port could lead to a distance reduction of 600-700 km, thus saving on transportation costs and turnaround times by at least a third.

Revival of investments
The lifting of sanctions could also help revive investments by ONGC Videsh Ltd in Farzad-B gas field, which could entail investments of nearly US$7 billion.

Additionally, at some stage, talks on the US$4-billion Iran-India gas pipeline could restart. Successful execution of the pipeline could lead to a healthy supply of gas from Iran, which could be priced competitively, since transportation costs through pipelines are far lower.

The resumption of these projects and deals will lead to higher supplies and lower prices, which will benefit Indian corporates that rely on oil and gas. – The Hindu Business Line