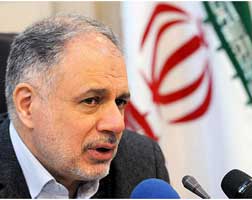 Iran is expecting to increase its export of crude oil to Europe within the next two months to as high as 800,000 barrels per day (bpd) from the current 500,000 bpd, according to Ali Kardor, the managing director of the National Iranian Oil Company (NIOC).

Kardoremphasized that the NIOC had devised serious plans to boost exports to Iran’s EU clients by at least 300,000 bpd.

Last March, trade sources reported a surge in oil exports to Europe after the removal of sanctions against the country.

Platts news services said at the time that the country was already exporting above 700,000 bpd of oil and condensate to countries such as France, Italy, Greece, Spain and others. The Islamic Republic had even been able to find new customers in Europe such as Hungary over the past year.

The country’s MOL oil and gas group announced in September 2016 that it had commissioned a cargo of 140,000 tons of Iranian heavy crude oil for the first time.

Nonetheless, Iran is still exporting the bulk of its crude oil to Asia with countries like India, South Korea, China and Japan already purchasing huge volumes from the country.

In late January, official figures showed that the top four Asian buyers of Iran’s crude oil more than doubled their imports in December 2016 compared with the same month a year earlier, for the third straight month.

The data obtained from governments and ship-racking services and reported by the media also showed that the four buyers had imported 1.89 million barrels per day in December.