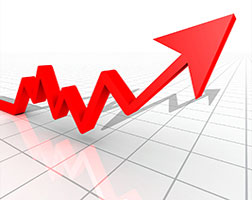 Discounting the one-time boost, core net income during the first six months of 2015 registered a 33-% gain to P14.09 billion from P10.6 billion a year ago.

“The increase in core earnings is due to the double-digit income growth in our core operating businesses particularly Cebu Air, which benefited significantly from the substantial reduction in fuel prices, and our petrochemical business which resumed commercial operations last November 2014,” the company said.

Consolidated revenues improved by 26.7 % to P113.84 billion from P89.88 billion a year earlier on the strong performance of the holding firm’s businesses in snack food and beverages, aviation, property, and petrochemicals.

Its snack food and beverages maker Universal Robina Corp. saw revenues climb by 18 % to P54.93 billion from P46.53 billion on the contribution of newly integrated Griffin Foods into its operations.

Budget carrier Cebu Air Inc. recorded a 10.4 % increase in revenues to P29.51 billion from P26.72 billion on the consistent increase in passenger volume.

JG Summit’s property vehicle Robinsons Land Corp. observed its revenues rise by 12.9 % to P9.79 billion from P8.67 billion in the same six months last year due to the sales streams of seven new malls, two office buildings and three new hotels opened during the first half of the year.

JG Summit Petrochemicals Corp., on the other hand, booked P12.15 billion in revenues which is more than double the P530.53 million recorded during the same six months in 2014 since plant operations resumed in November 2014.

Sales from the core investments, however, declined by 22.5 % to P1.62 billion from P2.09 billion a year ago mainly on the lower dividends declared by Philippine Long Distance Telephone Company during the six month period. Equity in net earnings of associates, on the other hand, increased to P4.17 billion from P3.8 billion last year on improved performance of UIC and Manila Electric Company (Meralco).

Operating expenses increased by 20.5 % to P18.74 billion from P15.55 billion on higher costs and expenses in airline and food business units.

For this year, JG Summit expects core net income to grow by 13 % to 15 % on the back of the robust snack food and airline businesses, as well as the resumption of operations of its petrochemicals group.

Other than its core businesses, the Gokongwei-led firm is also interested in bidding for airport projects that will be available under the government’s public-private partnership (PPP) scheme.