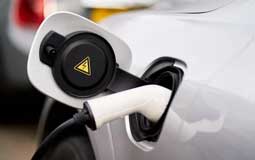 UK chemical firm Johnson Matthey has said it will exit and put its battery materials business up for sale against stiff competition. It adds that it has been working to commercialise its range of high nickel cathode materials, principally for the automotive industry, and now says that following a detailed review and ahead of reaching a number of critical investment milestones, it has decided that the Battery Materials business will not be adequate to justify further investment.

The news comes just six months after JM announced it would invest up to £600 million this financial year in both battery materials and in hydrogen technology.

It adds that “whilst demand for battery materials is accelerating, so is competition from alternative technologies and other manufacturers. Consequently this is rapidly turning into a high volume, commoditised market and capital intensity is too high compared with other more established large scale, low cost producers”.

The decision effectively dampens UK’s hopes of having a domestic battery technology provider, a field dominated by Chinese companies. South Korea also has two big players in Posco and LG Chem while European competitors include BASF of Germany and Umicore of Belgium.

JM adds that it is making good progress in its other growth areas, such as in hydrogen technologies, circularity and the decarbonisation of the chemicals value chain that it feels it will now accelerate with greater focus and investment.

Robert MacLeod, Chief Executive said: “While the testing of our eLNO battery materials with customers is going well, the marketplace is rapidly evolving with increasing commoditisation and lower returns. We have concluded that we will not achieve the returns necessary to justify further investment. This decision will allow us to accelerate our investment and focus on more attractive growth areas, especially where we have leadership positions such as in hydrogen technologies, circularity and the decarbonisation of the chemicals value chain.”