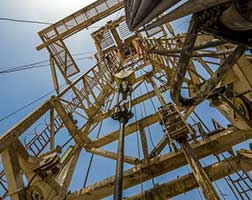 The deal is the latest in the long-running process whereby Adnoc and the Supreme Petroleum Council have been allocating 40 % of the company that operates 15 onshore oilfields, accounting for more than half the UAE’s daily oil output.

The Adco concession, as it is called, expired at the end of 2013 and Adnoc has been evaluating bids for new 40-year contracts for more than a year.

France’s Total was the first to win a stake, this year paying US$2.2 billion for a 10 % share in Adco and operational control over two of the most sought after fields.

Two weeks ago, Japan’s Inpex said it had won a 5 % share in Adco.

The stake being taken by the Korean companies is surprisingly low, as companies involved in the bidding process had previously said they were asked to bid for either 10 % or 5 % slices of the concession.

In a statement, Adnoc said: “Korea GS E&P, a wholly-owned subsidiary of GS Energy Corporation, receives a 3 % participating interest in the new concession, with effect from 1st January 2015, to become the third partner to join the joint venture along with Total and Inpex … While Korea GS E&P is a wholly-owned subsidiary of GS Energy Corporation, it plans to receive technical support as necessary from the Korea National Oil Corporation [Knoc].”

GS Energy is a subsidiary of GS Holdings, the energy, retail and construction conglomerate controlled by the Huh family, led by Huh Chang Soo, chairman and chief executive of the group.

The company owns substantial refining interests via GS Caltex, a joint venture with Chevron, that was spun off as an independent company and which has bought crude oil from Abu Dhabi for more than three decades.

According to a newspaper report in Seoul in March, Knoc will jointly finance GS Energy’s stake in Adco.

The deal will make GS Energy the largest oil producer in Korea, pushing its daily oil capacity to 90,000 bpd, ahead of SK Innovation’s 77,000 bpd.

Like Japan, Korea imports all its oil and relies on Abu Dhabi for a significant share: it imported 12 % of its 2.5 million bpd requirement from the UAE last year, according to the Energy Information Agency.

GS Energy is the focus of GS Holding’s crude exploration interests, which comprises half a dozen projects that are spread in the UAE and South East Asia.

It has operated in Abu Dhabi for the past three years, developing three blocks in partnership with Knoc at the Haliba field on the Omani border, in which it has a 10 % stake and Knoc has another 30 %.

Knoc said in March it had extracted 18,000 barrels of crude from appraisal wells in the Haliba field in tests last year and confirmed that its chemical component was similar to Murban crude.

Potential recoverable oil in the three fields is estimated to be nearly 1 billion barrels. – The National