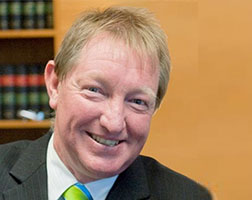 The New Zealand government is introducing emergency legislation to fix an error which could stop the Maui gas-field platform drilling with a simple objection to its resource consent.

Environment Minister Nick Smith confirmed he would be introducing the legislation tomorrow, in order to keep the gas flowing at the 36-year-old drilling platform.

The Exclusive Economic Zone (EEZ) and Continental Shelf Act will be changed, to allow existing gas platforms to continue to operate if any appeals are lodged against their operations while they seek to renew permits.

“The specific bill that I’ll be introducing into the Parliament tomorrow is around a quite narrow issue around appeals, and as it relates to the Maui Platform,” Smith said.

For the Maui Platforms, that permit expires on June 28.

“While the company that owns the Maui Platform (Shell Todd Oil Services) has an application in, and it’s likely to be resolved by the 28th of June, if there are any appeals, potentially that platform would not be allowed to operate legally,” Smith said.

Such a situation could reduce New Zealand’s supply of gas by 40 per cent.

Smith described the changes as minor “tweaks” to the law, but he said the changes would not “cause too much surprise or too much angst”.

He said because the EEZ legislation was relatively new, it was understandable governing consents in the marine space would undergo some “refinement” in the law.

The bill that I’ll be introducing tomorrow is quite narrow in its jurisdiction, but it’s just one of a number of tweaks we’ll need to make for that law to work.

Maui is New Zealand’s second-oldest gas field, which began producing in 1979. At its peak it produced about 90 per cent of New Zealand’s natural gas.