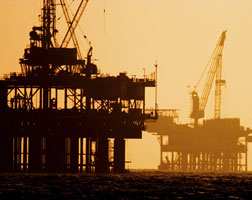 The move is the latest blow to hit the KG-D6 field, which was once described as India’s largest gas discovery, enticing BP to invest US$7.2bn for a 30 % stake in 2011, one of the biggest foreign investments in the country.

Since then, all three partners have struggled with geological complications, reducing gas output. The owners have also been beset by regulatory battles over the price at which gas from the field can be sold, and the rules governing future investment plans.

Although Niko gave no indication of the value it expected from the stake, many analysts believe the field as a whole is now worth much less than the valuation implied by BP’s US$7.2bn deal four years ago.

At its full-year results earlier this month, BP announced a US$790m write down in the value of the field, which is located off India’s eastern coast in the Bay of Bengal, alongside impairment charges worth US$830m on the same asset.

Both BP and Niko separately cited a decision by India’s government last October to allow a lower than expected increase in the regulated price of gas they produce from KG-D6.

Following a lengthy and politically controversial review process, Prime Minister Narendra Modi’s government introduced a gas price rise from US$4.20 per million metric British thermal units to US$5.61, well below that demanded by the companies.

Both BP and Reliance, which is India’s largest private sector company, have said the decision now threatens future capital expenditure at the field

But Kevin Clarke, Niko chairman, said the move had effectively forced the group to offload its stake, as the Toronto-based explorer attempts to reverse disappointing discoveries that have seen it lose 85 % of its market capitalisation over the past year.

“The announced price … is a 33 % increase over the price received previously, but is lower than expected,” Mr Clarke told shareholders at the company’s results last Friday. “In addition, there is uncertainty around the long-term natural gas price outlook in India.”

The future of the field is further complicated by another set of regulatory disagreements facing majority owner Reliance, which is controlled by billionaire industrialist Mukesh Ambani.

India’s government has launched a series of inquiries over falling output in the KG-D6 block, including an arbitration proceeding over whether Reliance artificially inflated its level of capital expenditure in the field, a charge the company strongly denies.