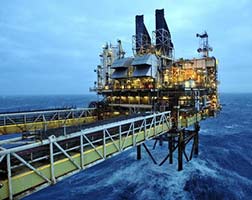 Libya has resumed pumping crude from the southeastern Sarir field to the Hariga port, a spokesman for the state oil operator AGOCO said on Monday, according to Reuters news agency.

Sarir oil field, which pumps about two-thirds of the country’s remaining output, was damaged by a blast a week ago.

Meanwhile, it was reported on Sunday that Libya has resumed oil exports from the eastern port of Zueitina after an almost year-long suspension.

The resumption will bring in badly needed revenues for the oil producer struggling with a public finance crisis due to a violent conflict between two governments and parliaments.

Zueitina is under the control of troops loyal to the internationally recognized Libyan government. The proceeds from the oil exports will go to the central bank which has sought to stay out of the conflict.

Oil exports have fallen to less than 200,000 barrels a day with the closure of the eastern Hariga port due to a pipeline blast a week ago, a fraction of the up to 1.3 million barrels it exported daily prior to the ousting of Muammar Qaddafi in 2011.

Most Libyan oilfields have stopped working due to the power struggle.