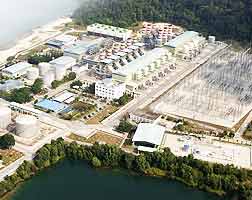 Malaysia’s biggest IPO so far in a year of few deals comes as companies more susceptible to significant volatility in energy prices and the ringgit opt against embarking on IPOs, for fear the volatility could lead to their firms being valued less.

If the IPO reached the targeted amount and the shares rose on their debut, then that was likely to raise the prospects for other large listings in the near term, analysts said.

Malakoff, a subsidiary of MMC Corp Bhd, is likely to list on May 15, said the people, who declined to be identified as they were not authorised to speak with media on the matter.

“The official book building range will be known by then,” said one of the people, referring to April 17.

Proceeds of the IPO will be used to fund Malakoff’s growth as well as cut MMC’s debt and improve its capital structure, showed a draft prospectus filed in January to the Securities Commission.

MMC, in a March 14 circular, said it expected Malakoff’s market value to be RM9bil based on an illustrative retail price of RM1.80 a share.

The sale will comprise 1.52 billion shares, with 84% for institutional investors and the rest for retail investors, according to the draft prospectus.

At least nine cornerstone investors – including Corston-Smith Asset Management, Eastspring Investments and Lembaga Tabung Haji – would buy about 30% of the total offering, people with knowledge of the matter said.