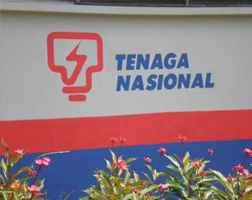 According to sources, TNB is currently conducting test runs. The estimated RM6bil power plant will be switched on following a delay of 12 days. The targeted commercial operation date (COD) for Manjung 4 was on March 31.

“It (Manjung 4) is the first coal-fired power plant in Malaysia using supercritical technology and the single largest unit in South-East Asia,” a source said, adding that the construction had already been completed.

The power plant is owned by TNB Janamanjung Sdn Bhd (TNBJ), a wholly-owned subsidiary of TNB.

TNB was awarded the contract to build Manjung 4 and Manjung 5 which would cost an estimated RM6bil each to build. Manjung 5 is expected to be ready by October 2017.

“The Manjung 4 power plant is now undergoing the final test that must be completed as stipulated under the Power Purchase Agreement (PPA) before being given certificate to officially begin COD.

“During the current delay in COD, Manjung 4 is still generating electricity and connected to the grid,” Association of Water and Energy Research (Awer) president S. Piarapakaran said. He said based on the PPA, fuel used during testing was a fuel cost pass through mechanism and that the capacity charges would not be paid until COD was achieved.

In addition, Piarapakaran noted that TNB was paying the daily penalty as stipulated in the PPA and therefore there was no additional cost to electricity tariff.

However, TNBJ is liable to pay TNB liquidated damages and is expected to suffer losses in available capacity payments from TNB.

These are, however, anticipated to be adequately compensated by liquidated damages payable by the engineering, procurement and construction contractors as a consequence of the delay.

The enhanced AAA(s)/stable rating of Series 2 of the programme reflects a corporate guarantee from TNB.

Manjung Island is a special-purpose vehicle set up to raise funds required for the development of TNBJ’s 1,000-MW plant. Manjung Island will derive lease payments from TNBJ.

In addition, the securities holders’ recourse to TNBJ under the Ijarah structure of the RM5bil programme is recognised in the purchase undertaking between Manjung Island and TNBJ.

“In this regard, RAM considers the strong credit link between these entities and views both companies in aggregate,” RAM Ratings said.