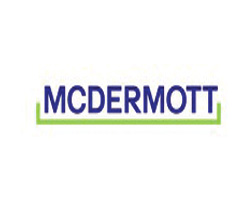 US engineering and construction company McDermott International Inc., which has been bogged down with problems after a botched acquisition, has filed for Chapter 11 bankruptcy after it reached an agreement with creditors to tackle debt it acquired through the acquisition.

The Houston-based company said that it has the support of two-thirds of the holders of its funded debt in a pact that will eliminate more than US$4.6 billion of debt by swapping it for equity, according to a statement.

McDermott also agreed to sell its Lummus Technology unit for at least US$2.725 billion to a joint partnership between the Chatterjee Group and Rhône Group, it said.

The company will also be delisted from the NYSE. Its common stock will continue to trade in the over-the-counter marketplace throughout the process.

McDermott specialises in building and installing large, expensive items like oil platforms and natural gas plants, a business that’s under pressure as low energy prices discourage new construction. The company’s shares and bonds cratered in 2019 as it struggled with the debt taken on from its US$3.5 billion takeover of Chicago Bridge & Iron Co. in 2018.

The company expects to finance its bankruptcy with a US$2.81 billion debtor-in-possession loan and has secured exit financing of more than US$2.4 billion, according to the statement. McDermott expects to emerge from bankruptcy with about US$500 million in debt.