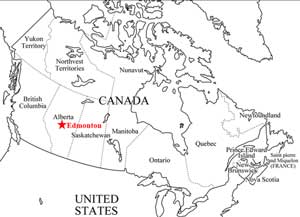 Japan’s Mitsubishi Corporation (MC) and Shell Canada Products, by its managing partner, Shell Canada Limited (Shell Canada) have signed a Memorandum of Understanding relating to the production of low-carbon hydrogen through the use of carbon capture and storage (CCS) near Edmonton, Canada. MC aims to build and start-up the low-carbon hydrogen facility near the Shell Energy and Chemicals Park Scotford towards the latter half of this decade, and Shell would provide CO2 storage via the proposed Polaris CCS project. The low-carbon hydrogen, commonly called blue hydrogen, would be produced via a natural gas feedstock and exported mainly to the Japanese market to produce clean energy.

“Shell is leveraging our global leadership in carbon capture and storage to help produce the low-carbon products our customers need to move through an accelerated energy transition,” said Mark Pattenden, Senior Vice President of Chemicals and Products Canada. “This opportunity is in line with our vision to create a world-class site to provide customers with lower-carbon fuels, products and carbon storage.”

The first phase of the project aims to produce approximately 165,000 tonnes/year of hydrogen with upside to increase production depending on considerations over future phases. The hydrogen would be converted to low-carbon ammonia for export to Asian market(s).

The project would be built near the Edmonton region, which this year was announced as Canada’s first hydrogen hub. The location was chosen due to availability of abundant natural gas resources, proven CO2 storage capacity, and shared infrastructure opportunities. By co-locating next to Shell Scotford, both companies will explore potential synergies such as land use and utilities integration. Close communication with stakeholders will be a key principle as the project proceeds in its development.