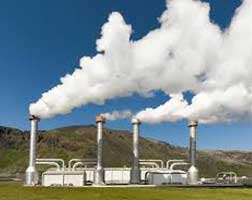 Montana Senator Jon Tester is aiming to introduce a bill that would set a target of generating 50,000 MW of geothermal energy by 2025.

In a statement Tester said: “Montana’s public lands contain some of the best renewable energy sources in the world, and we should be leading the nation to increase our energy independence and reduce the amount of carbon we put into the atmosphere. Developing Montana’s geothermal resources will expand our energy portfolio and create good-paying jobs that can’t be outsourced.”

The bill would make it easier for oil and gas companies to produce geothermal energy because they would not have to compete for conventional leases.

The U.S. Bureau of Land Management (BLM) currently has over 800 geothermal leases but only 59 have the status of currently producing, totaling about 1500 MW of geothermal capacity on public lands, with about 1.5 million homes receiving electricity from them.

Tester added: “According to a report by the Western Governors Association (WGA), near-term development of 5,600 megawatts of geothermal energy would result in the creation of almost 100,000 jobs.”

The U.S. Energy Information Administration has estimated that geothermal in the U.S. could quadruple between 2012 and 2040.

Some research has indicated that enhanced geothermal systems could enable developers to expand geothermal up to 100,000 MW in the coming years and Google has investing in this technology.