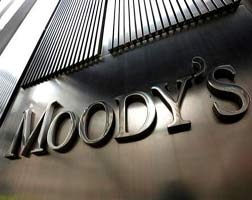 According to VikasHalan, a Moody’s Vice President and Senior Credit Officer, the sharp decline in crude oil prices since mid-2014 will materially reduce the earnings and cash flows of Asian oil & gas companies and weaken their credit metrics in 2015. Likewise, the low prices will benefit most Asia Pacific sovereigns, given the region’s status as a net oil importer, he said.

Crude prices more than halved between June 2014 and January 2015, reflecting higher-than-expected oil production in the US and lower demand in emerging markets.

At the same time, Moody’s said that with the slowing growth in worldwide demand, oil markets would likely remain oversupplied in the next two years, citing that the the demand-supply imbalance may be exacerbated if China’s economic growth slows sharply or if significant lifting of economic sanctions on Iran further increases oil volumes.