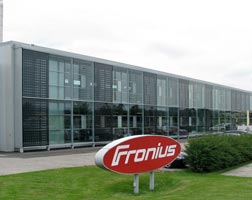 Fronius International GmbH, an Austrian welding, photovoltaics (PV) and battery charging technology specialist, is offering PV system owners a simple modernisation solution, that is, replacing old inverters, including ones from other manufacturers, with Fronius devices. This increases the PV system’s performance and brings it up to date with the latest technological standards, the company said.

After years of use, technically complex inverters may fail or suffer from defects. “Many system owners do not receive the levels of service they need because the relevant inverter manufacturer no longer exists. Fronius has sought – and found – the solution. Our inverters are ideal for repowering PV systems of all sizes. We can also replace inverters from other manufacturers without high installation costs,” explains division head Martin Hackl. Even PV systems with thin-layer modules can be easily retrofitted with Fronius inverters.

PV system owners are faced with a number of new challenges, for which, the market has few answers. A team of experts at Fronius has been studying these issues for a long time, leaving Fronius in the position to offer its customers a suitable solution.

Fronius offers both single and three-phase inverters, while the carefully compiled product portfolio leaves nothing to be desired in a repowering solution. Whether the existing unit contains a transformer or not is also completely irrelevant.

Either a small self-consumption system in a domestic household or a commercial field installation in the megawatt range, every type of PV system has different requirements, according to Fronius. Its inverters cover the power categories from 1.5 to 100.0 kW and also feature an extremely wide input voltage window, making them the optimum repowering inverters.

Fronius inverters feature a variety of open interfaces, such as Modbus TCP SunSpec or Modbus RTU SunSpec, which guarantee a connection to third-party components during system monitoring. Future challenges can be easily overcome using the innovative plug-in card technology.

The offline version of the FroniusSolar.configurator dimensioning tool works with almost all modules and helps you to dimension your PV systems. Upon registration, Fronius inverters come with a minimum warranty of five years, which can be extended to up to 20 years.