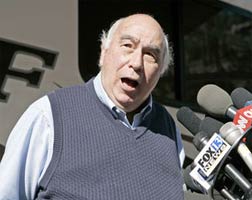 Two major coal companies, each with significant holdings in Illinois, announced Sunday a US$1.4 billion combination, creating one of the nation’s biggest coal mining companies.

Murray Energy Corp. said it is acquiring a controlling interest in St. Louis-based Foresight Energy and its parent, Foresight Reserves.

The deal, the companies said, establishes the “premier coal mining company in the United States.”

The combined 9 billion tons of coal reserves held by the new company would represent one of the industry’s largest.

St. Louis-based Peabody Energy, which bills itself as the world’s No. 1 privately held coal miner, reported 7.6 billion tons of proven and probable reserves, according to its most recent annual report.

Foresight recently joined the ranks of publicly held St. Louis coal companies, offering units to investors in June. It has been one of the few big miners to post profits in recent quarters, in part because its Illinois coal holdings and longwall mining equipment allow it to produce tons of coal cheaply.

All of its holdings are in the resurgent Illinois Basin, which fell out of favor decades ago as power plant operators sought cleaner-burning coal to cut back emissions. But now that many of those power plants have installed expensive scrubbing technology, Illinois coal has become a cheaper alternative to more expensive Appalachian varieties.

St. Clairsville, Ohio-based Murray Energy said it will pay cash consideration of US$1.395 billion to acquire an 80 % voting interest in Foresight Energy, in addition to other assets. It’s borrowing to finance the purchase.

As part of the deal, Foresight founder Christopher Cline will remain a “significant” investor in both Foresight Energy and Foresight Reserves.

“Mr. Chris Cline, who is very much respected in the United States coal industry, and his team at Foresight Energy, have built and operated four of the most efficient coal mines in America utilizing the longwall mining technique,” said Robert E. Murray, chairman, president and CEO of Murray Energy, in a statement. “We are pleased that these operations will join Murray Energy’s 12 mines employing 13 longwall systems.”

Cline, in a statement, called the deal “a great day for American coal.”

“Bob Murray and I both started as miners, and we know how to run safe, efficient and low-cost mining operations. We think that we will do that even better together by sharing best practices and exploiting obvious synergies on cost,” Cline said.

Robert Murray, Murray Energy’s founder, is one of the industry’s most outspoken advocates, and has filed several lawsuits against the federal government to fight stricter regulation of mining and carbon emissions at power plants.

He also filed a lawsuit last year against Foresight Energy over disputed reserves in the Illinois Basin.