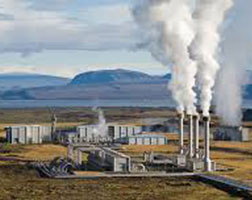 Biliran Geothermal Inc. (BGI) is on track to develop the next major geothermal power project in the Philippines.
BGI proposes to build a geothermal power plant in the island-province of Biliran in Eastern Visayas. The project, which may have up to 50 megawatts (MW) of capacity, will boost the renewable energy component of the Philippines’ energy mix as coal and other sources grow.

“They hope to start development within the year if possible,” DOE director for Renewable Energy Management Bureau Mario Marasigan said in a text message.

“So far, we are looking at Biliran. It needs full confirmation so development has not started yet,” Marasigan said.
BGI declared commerciality—indicating its intention to develop the project up to commercial operation—late last year. Its geothermal project is targeted to be in full operation by 2016, augmenting power supply in the Visayas.

“Initially, their successful identification of resource indicated 20 MW but now the declaration of commerciality is 40 to 50 MW. We are evaluating their declaration,” Marasigan said.

Marasigan said the DOE was evaluating whether BGI could produce the energy it wanted based on the geothermal resource it intended to harness. Before approving the development work, the department wants to determine where BGI is planning to sell its power output.

“They are now doing confirmatory drilling. Based on their declaration, they have identified the source of the 40 to 50 MW. They just have to redevelop the hole. The additional holes will be more on reinjection then they can build the power plant,” Marasigan said.

DOE data shows that the Biliran geothermal concession covers an area of 260 square kilometers in Barangays Cabibihan and Villa Vicenta in the municipality of Caibiran.

The project was awarded to BGI, a joint venture between Filtech Energy Drilling Corp. (Fedco) and Iceland-based Orka Energy Holding in July 2008.