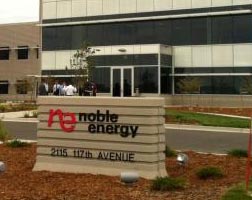 The deal, which the companies are calling a merger, is the first involving a sizable U.S. energy producer following last year’s downtown in oil prices.

Until now, would-be buyers and sellers have been at an impasse, unable to agree on what oil and gas fields are worth. That is because crude-oil prices fell so far so fast in recent months, plunging from more than US$100 a barrel last June to less than US$45 a barrel in March.

The volatility paralyzed mergers and acquisitions in much of the energy sector. But Noble’s bid for Rosetta, an active driller in Texas, coupled with U.S. oil prices rebounding to around US$60 a barrel, shows that disconnect may be disappearing, analysts said.

Companies that have toyed with the idea of buying smaller rivals or picking up oil fields on the cheap may finally be ready to move, said Keith King, managing director at Moyes & Co. Inc., an energy advisory firm in Houston.

“You can’t help but think there’s a lot of people in board rooms right now wondering when they should pull the trigger,” Mr. King said.

Under the terms of the transaction, Noble, which has a market value of US$19 billion, will acquire Rosetta in an all-stock deal and assume US$1.8 billion in net debt. Rosetta’s shareholders will receive 0.542 of a Noble share for each Rosetta share they hold. They will own roughly 9.6% of Noble shares following deal’s close, expected sometime this fall.

Rosetta’s stock closed below US$20 a share Friday before news of the deal. Noble’s offer gives Rosetta shareholders a 28% premium over where shares traded over the last 30 days, the companies said.

Rosetta was spun off from Calpine Corp., a major electricity producer, in July 2005 and began trading on the Nasdaq seven months later. Before focusing on drilling for oil in the Eagle Ford and Permian, the company originally operated in other parts of south Texas, California, the Rocky Mountains and the Gulf of Mexico.

Rosetta faced headwinds going into the deal, including a loss of US$539.7 million in net income last quarter, and more debt than its nearly US$1.5 billion market value.

Even though Noble is based in Houston, the company hasn’t been an active shale driller in Texas. Buying Rosetta will give it more than 100,000 net acres of oil-producing land across the state, said Dave Stover, chief executive of Noble.

For years Noble has pumped oil and gas in Colorado’s DJ Basin and in the Marcellus Shale, which spans several states in the Northeast. Now Noble will have drilling and fracking operations in Texas’ Eagle Ford Shale and Permian Basin—two of the most prolific oil-pumping regions in the U.S.

“We had our eye on this one for a while,” Mr. Stover said of acquiring Rosetta. “It’s a good solid position to start in each basin.”

Such a deal might not have been possible a year ago. At the time, smaller energy stocks like Rosetta were more expensive and their boards would have insisted on a hefty premium over the share price. That would have made it much harder for Noble to buy Rosetta, which traded over US$50 a share last summer.

Rosetta’s Chief Executive Jim Craddock told The Wall Street Journal that the company isn’t in dire straits. Rosetta issued more than US$200 million worth of equity in March, improving its balance sheet and increasing its bargaining position, and recently had its US$950 million borrowing base reaffirmed.

But Standard & Poor’s Ratings Services was still considering downgrading Rosetta and ultimately the company’s management team agreed that selling was its best option.

“We’re not in a position where we are in a bind or need to do this, but we like the efficiency it brings to the table, the fact that it puts us together with another really strong player,” Mr. Craddock said.

The transaction could spur some U.S. oil producers to strike deals, but Irene Haas, an analyst at Wunderlich Securities Inc., said it isn’t likely to spark a frenzy of mergers and acquisitions across the industry.

“We’ve been asked if there’s going to be an onslaught, a tsunami of deals,” she said. “We don’t see that.”