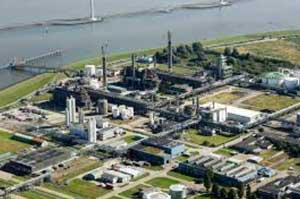 To help advance its hydrogen growth, Netherlands-based OCI’s methanol business will receive an investment of US$375 million from Abu Dhabi’s ADQ and Alpha Dhabi Holding. In return, the companies will get a 15% stake in the OCI Methanol Group. As part of the alliance, OCI Methanol Group will be incorporated as an ADGM company in Abu Dhabi and will focus on promoting clean methanol as a ‘fuel for the future’ – with shipping being one of its main target markets.

OCI Methanol Group has been supplying clean methanol to customers in various industries including transportation – and it has ambitions for the nascent methanol bunkering market.

OCI said the alliance will allow for growth in hydrogen-based applications, with a focus will be on methanol as a future fuel with hydrogen as the primary feedstock, noting that methanol will be key to decarbonising the marine industry.

Nassef Sawiris, Executive Chairman of OCI N.V., commented: “This strategic partnership can accelerate the group’s position in the hydrogen economy. With methanol as the leading clean fuel for the shipping industry and other applications, we believe we are best positioned to execute growth initiatives and capitalise on the growing demand for clean hydrogen in downstream markets.”

OCI said the transaction will be finalised this year.

OCI Methanol has methanol units and distribution and storage capabilities in the US and Europe. It is also a producer of bio-methanol.