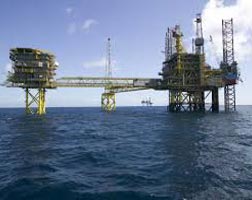 The Ohio Oil and Gas Association, the American Petroleum Institute and others reiterated what they’ve been saying for several years, since the governor initially proposed the severance tax change — that is, a tax increase would drive away exploration and investment and any resulting economic boost in eastern Ohio’s emerging shale oilfields.

Shawn Bennett, executive vice president of the Ohio Oil and Gas Association, told the Ohio House’s Ways and Means Committee that dropping oil prices have prompted a retreat in investment in the state.

He offered a list of companies who have pulled out of Ohio, waiting for commodity prices to rebound.

“In December of 2014, Ohio had a record 59 rigs operating in the Utica,” Bennett said in testimony submitted to lawmakers. “Today, a third of those rigs have simply left the state….”

He added, “The legislature should not add additional tax burdens on an already-struggling industry. The proposed severance tax before this legislature will dramatically decrease the chance of success in this effort and only serves as a deterrent to future recovery, growth and stability in Ohio’s oil and gas industry.”

The administration and others have countered such assertions, saying Ohio’s current and proposed severance tax rates are well below other shale oil states and would not deter exploration and production.

Kasich’s budget proposal calls for increased tax rates for oil and gas produced via fracking to 6.5 percent. Twenty percent of the proceeds would be directed to communities in eastern Ohio’s emerging shale oilfields.

“I’m disappointed by those who say the severance tax reform will kill the industry,” Kasich said during his State of the State speech earlier this month. “That’s a joke. That’s a big fat joke because I’ve talked to them in private. And I’ll tell you what, our severance tax will still be competitive with our energy-rich states. And you know what? Let’s reform the severance tax so all Ohioans can have lower income taxes and we all benefit from this whole industry.”

But Chis Zeigler, executive director of the American Petroleum Institute of Ohio, said there could not be a worse time to raise severance taxes.

“There should be no doubt that development of Ohio’s shale resources in 2015 will look markedly different from just last year,” he said in testimony submitted to the House’s Ways and Means Committee. “The impending economic impact on supporting small businesses and local governments is yet to be determined. Again, there is never a good time to be the recipient of increased taxes, but for the oil and natural gas industry and supporting businesses the results could be devastating.”

Brian Chavez, co-owner of an independent oil and gas company and speaking on behalf of the Southeastern Ohio Oil and Gas Association, said businesses like his are already paying more in taxes than other industries.

“The proposed severance tax increase will limit our ability to continue to produce oil and gas we have worked generations to develop and maintain,” he said in testimony to lawmakers. “The Utica and Marcellus shales are a blessing for Ohio’s future, but to develop them is extremely expensive, and most producers are hesitant to stake their entire company to drill these wells.”

Some other groups that submitted testimony to lawmakers March 3 urged a severance tax increase but with more proceeds directed to eastern Ohio communities affected by the industry.

“While no one likes to increase taxes, in reality this in my mind is an impact fee,” said Harrison County Commissioner Don Bethel. “Most of our county villages and townships receive little benefit from this industry, and with many oil and gas employees living and working outside a municipality, our villages are without much needed income tax but yet deal with a multitude of issues and extreme pressure to upgrade their severely inadequate infrastructure. Currently, Harrison County has over US$85 million of infrastructure issues that have needed done for years. Our villages have spent three decades in poverty since the coal industry waned, and many of our retirees are very regretful that they didn’t ask for a severance tax or impact fee on coal.”