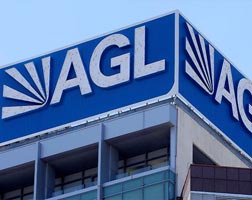 SYDNEY – Australia’s leading energy supplier AGL has been slapped with a $15, 000 fine for a gas leak at its field on Sydney’s south-western edge.

AGL failed to maintain a gas well at its Spring Farm operations “in a proper and efficient condition”, placing it in breach of its pollution licence, the EPA said.

“On the evening of August 31, 2014 methane gas was released intermittently from a pressure safety valve on gas well number five at Spring Farm,” Mark Gifford, EPA’s chief environmental regulator, said in a statement. “The gas well was being brought back online after an operational shut down when the incident occurred.”

The EPA required AGL to amend its Pollution Incident Response Management Plan to ensure the nearby community and government agencies were notified if an incident occurred again, the agency said.

GL said 10,000 cubic feet of odourless, non-toxic gas was released during the leakage, or equal to about “the space occupied by the air in an average family room”.

“While AGL accepts the result of the EPA investigation, it’s important to note that the incident itself did not cause harm to human health or the environment,” Jenny O’Brien, head of community and stakeholder relations, said.

The company said it has since installed additional alarms in its control room to provide early warning of similar high-pressure events.

Daniel Robins, Western Sydney co-ordinator for Lock the Gate, said the $15,000 fine was “just a slap on the wrist” for a company of AGL’s size: “The EPA should be prosecuting them for this latest breach.”

“All wells within two kilometres of homes in the Camden Gas Project should be immediately decommissioned,” he said.

Mr Robins said Premier Mike Baird was expected to hear more such complaints when he visited the area during the election campaign on Friday.

“The Office of Coal Seam Gas should immediately cancel AGL’s two [petroleum exploration licences] currently up for renewal due to the constant breaches of their Environmental Protection Licence at its Camden Gas Project,” Mr Robins said.

AGL has halted operations at its pilot CSG field near Gloucester in northern NSW after finding banned chemicals in water samples following the hydraulic fracturing of several wells. The EPA and the Department of Resources and Energy are investigating the discovery.

“The Greens want a permanent ban on coal seam gas and the immediate cancellation of the licence over the Gloucester Valley,” he said.

“Fracking is hurting AGL’s corporate image and I urge the company to concentrate on renewable energy which has strong public support,” Mr Buckingham said.