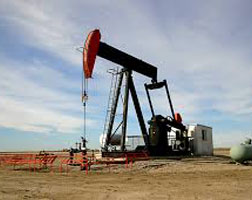 The U.S. is pumping oil faster than at any time since 1972, and storage tanks are getting filled to the brim.

U.S. oil storage is bursting at the seams amid a global glut of supply that has driven prices down by half since last summer. U.S. inventories remain at their highest levels in at least 80 years, according to an analysis by Bloomberg Intelligence.

Exxon told investors in a presentation today that it’s sticking to its production targets established when oil traded for more than US$100 a barrel. Saudi Arabia’s oil minister, Ali Al-Naimi said in Berlin today that his country won’t cut output either.