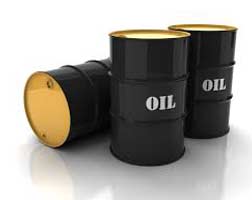 Global oil prices will likely trade between US$35 to US$40 dollars per barrel by the end of the second quarter, according to one of the world’s leading oil experts.

Speaking to CNBC at the 18th annual Credit Suisse Asian Investment Conference on Monday, Fereidun Fesharaki, chairman of FACTS Global Energy (FGE), warned that prices could even dip beyond those levels for a brief spell.

“Actually, there is no floor to the price of oil. The oil floor is the cash cost of shale, which is about US$20-US$25, so it can go as low as that but it won’t stay there,” he said.

US and Brent crude prices were trading at US$46 and US$55 respectively, during Asian trade on Monday.

Moreover, the outlook may get worse if a nuclear deal materializes between the US and Iran. The two countries are currently engaged in talks to reduce Tehran’s nuclear programs in exchange for lifted sanctions. As a former energy advisor to Iran, Fesharaki believes there’s an 80 % chance of a deal before the March 31 deadline, which could see a further US$5 drop to oil prices.

“As part of the deal, Iranians would like to increase their oil production to the pre-sanctions level, which is 1.2 million barrels per day higher… Within 3-6 months, they will be able to ramp up production, so its bad news for the market which is already jittery.”

Don’t expect anything from OPEC

Experts widely attribute oil’s ongoing rout to the refusal of OPEC (Organization of the Petroleum Exporting Countries) to reduce production, specifically powerful members like Saudi Arabia, the world’s largest crude oil producer. Fesharaki doesn’t expect that to change anytime soon despite the pain that current prices are causing to poorer members like Venezuela.

“They [Saudi] are willing to cut but only if everyone else cuts too, including shale producers and the Russians,” he said.

He also noted that the total cost of producing crude in Saudi Arabia is around US$3-5 per barrel, compared with a minimum of US$40 for shale producers.

A member of the National Petroleum Council, Fesharaki also dismissed any long-term strain lower prices would have on the budgets of major Gulf producers like Saudi Arabia: “The budget issues in the Middle East are not the same as they are in the US, Europe or Asia. If they have less money, they spend less money, so there is a lot of flexibility.”