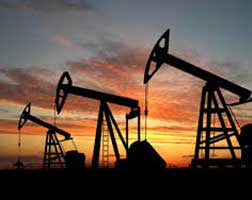 RIYADH – The Organisation of the Petroleum Exporting Countries (OPEC) will not take sole responsibility for propping up the oil price, Saudi Arabia’s oil minister said yesterday, signalling the world’s top petroleum exporter is determined to ride out a market slump that has roughly halved prices since last June.

The move accelerated an already sharp oil price drop from peaks last year of more than USUS$100 (RM370) per barrel that was precipitated by an oversupply of crude and weakening demand.

Since the oil price collapse, top OPEC exporter Saudi Arabia has said it wants non-OPEC producers to cooperate with the group. But Saudi oil minister Ali al-Naimi said yesterday that plan had so far not worked.

“Today the situation is hard. We tried, we held meetings and we did not succeed because countries (outside OPEC) were insisting that OPEC carry the burden and we refuse that OPEC bears the responsibility,” Naimi said at the sidelines of an energy conference in Riyadh.

“The production of OPEC is 30% of the market, 70% from non-OPEC…everybody is supposed to participate if we want to improve prices.”

Earlier, OPEC governor Mohammed al-Madi said it would be hard for oil to reach USUS$100-120 per barrel.

Oil prices recovered since January to over USUS$60 a barrel, but have fallen again in recent days following a bigger than expected crude stock build in the US that fuelled concerns of an oversupply in the world’s largest oil consumer.

Oil companies, including US shale producers, have slashed spending and jobs since the price of oil fell, and may face another round of spending cuts to conserve cash and survive the downturn.

Naimi repeated yesterday that politics played no role in the kingdom’s oil policy.

Some producers such as Iran, a political regional rival of Saudi Arabia, have criticised Riyadh for its stance on maintaining steady production.

“There is no conspiracy and we tried to correct all the things that have been said but nobody listens,” Naimi said.

“We are not against anybody, we are with whoever wants to maintain market stability and the balance between supply and demand, and (with regards to) price the market decides it.”

He said the kingdom’s oil production was around 10 million barrels per day (bpd), and it had the ability to increase that to meet demand if customers asked for more.

“Currently there is no plan because there is no demand,” he said, when asked if Saudi Arabia planned to expand production capacity beyond 12.5 million bpd.